What do December, January, February and July have in common? Aside from hosting major American holidays – Christmas, New Year’s, Valentine’s Day and Independence Day respectively – according to Careerbuilder.com these popular winter and summer months are also when employees call in sick. As an employer or hiring manager, you’ve probably heard one or several of these reasons before:

If these excuses for calling in sick seem far-fetched, or even a bit comical, they are all explanations that have been presented in real-life situations according to “The Most Outrageous Excuses for Calling In Sick” posted on CNBC.com. And although many of these rationales were possibly legitimate, it is universally understood that excuses for calling in sick are sometimes boldly provided for one’s own self-focused motives. As published by Careerbuilder.com, the number one reason employees take a fake sick day is that they just don’t feel like going to work (34%). The top reason is quickly followed by a simple need to relax (29%); so employees can make a doctor’s appointment (22%); catch-up on sleep (16%); or run some errands (15%).

On the other hand, despite the precautionary measures people take to ensure their general health, sickness is inevitable. With this being said, it’s important to remember that not all “call out” phone calls are bogus; however, false or legitimate, sick time affects your bottom line and creates a domino effect of stress upon other employees who are now obligated to take on an additional workload. This occurrence then trickles down to low morale and productivity. In fact, the article “The Causes and Costs of Absenteeism in the Workplace,” posted on Forbes.com, states that the main causes for employee absence include bullying/harassment, burnout/stress, disengagement (lack of professional care), child/elder care, illness, injuries and job hunting for employment elsewhere. Additionally, arriving late, leaving early and taking longer breaks than allowed, known as a “partial shift,” is another noted reason for absenteeism. Forbes.com also disclosed that unscheduled absenteeism can cost employers roughly $3,600 per year for each hourly worker and $2,650 annually for salaried employees. 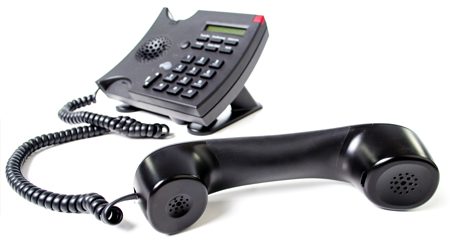 Taking this culmination of negative results into consideration leaves one to wonder: how can the professional plague of absenteeism be avoided? In regard to legitimate sickness, whether physical, mental or emotional, Lynne Lee, human resources manager, PreGel AMERICA, explains, “When an employee is feeling under the weather, we urge them to utilize the personal time the company allots for them and stay at home. This option allows time for recovery and protects the health and well-being of their colleagues.” But what about those employees who suffer from presenteeism, which is defined as the practice of coming to work despite illness, injury, or anxiety, often resulting in reduced productivity? Lee advises, “In this case, it’s best to send the employee home.”

Consequently, the reality of presenteeism is that many employees ignore sickness and the potential of infecting others simply because they literally cannot afford to be sick, as some companies do not offer sick pay. Or the employee may feel as though s/he will be perceived as not caring enough about their position. In the case of both presenteeism and its polar opposite, absenteeism, the question remains: what can you do to help your employees manage their sick time most effectively?

Research reveals that keeping track of your team members’ reasons for being out is a great option to keep an accurate record of absences, which will better help you evaluate the alleged reasons behind frequent calls. Additionally, drafting a detailed policy regarding your expectations about the use of sick days can better help your team understand the process of accruing time and any consequences that could result from abusing sick time.

Consider implementing a process that offers employees the opportunity to switch schedules with another teammate in order to keep a pending medical appointment. In this instance, the shift is covered and productivity as well as morale is maintained. This option correlates with creating a list of “Plan B” employees who are available to work extra hours in the unfortunate event that another team member is too ill to report to work. Finally, reward team members who adhere to company policy with professional rewards. Ponder options like a paid day off, a gift card or recognition as employee of the month. This builds morale and the added desire to comply with company policy.

As an employer or hiring manager you strive to help your team succeed. Sickness is unfortunate, yet it’s a part of life that inevitably affects the workforce. Implementing policies that ensure coverage, maintain employee morale, protect your company from absenteeism abuse and guard your bottom line is like providing vitamins for your business – it’s the most effective way to keep your company well. Here’s to good health.