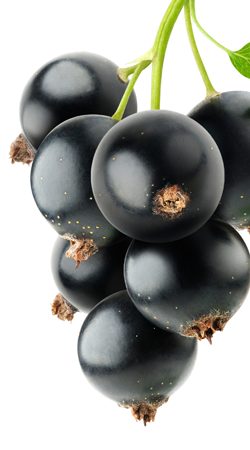 The story of the black currant in the U.S. is one of recent triumph, though its journey still continues. According to the United States Department of Agriculture (USDA) the cultivation of this wild berry was banned in the early twentieth century. A plant disease called white pine blister rust used the currant as a vicious host, threatening the U.S. timber industry. For this reason, the black currant was kept out of the U.S. for nearly a century. However, a farmer by the name of George Quinn facilitated the overturn of the ban in 2003 in New York with the assistance of lawmakers and during the process, helped to breed varieties of currant that could resist the parasitic plant disease. Many state laws have lapsed, allowing it, but some still enforce the ban. The USDA has also been able to identify fungicides that can fight white pine blister rust, making a case for the black currant cultivation to be reinstated. After an almost 100-year absence, the black currant is a superfruit that is slowly gaining momentum in the culinary world. A small, summer berry, the black currant packs a warehouse worth of nutrition, while providing a tart flavor worth a try in today’s kitchens.

What is it?
The black currant, scientifically known as Ribes nigrum, is a berry native to Northern Europe and Asia, where it is very popular. The summer fruit’s translucent skin reflects a deep-purple to almost black color that is accented with a glossy surface. This wild berry becomes available in early summer and measures 1cm in diameter, containing 3-10 tiny, edible seeds within its soft pulp. In stark contrast to the berry’s minute size, the fruit hails from thornless, fast-growing upright shrubs that can reach impressive heights of 5-6 feet tall. According to Specialtyproduce.com, when the currant shrub is mature, it is capable of producing 10-12 pounds of berries in one season.

The black currant’s parent shrub also yields red, pink and white currant berries several weeks prior to the beginning of the black currant season. Generally larger than its sister fruit, the black currant is also more durable due to its thicker skin, as the berry can be picked without damage.

What does it taste like? What are the culinary uses?
The black currant is often described as tart, powerful, similar to concentrated blackberries, acidic, earthy and with varying sweetness. The fruit embodies a wide range of culinary versatility, allowing creative chefs to utilize the berry in a bushel of delicious ways. From vegetarian dishes to delectable desserts, the black currant has developed a strong following in the culinary world for its pungent flavor. The berry also provides a powerful essence to delicacies such as muffins, jams, preserves, purees, compotes, pie fillings, gelato, sorbetto, ice cream, frozen yogurt, pastry flavoring, toppings and fillings, stews, fruit salads and wine to name a select few. In fact, black currant, also known as cassis, is the main ingredient in crème de cassis – a sweet liqueur that is mainly utilized as a flavoring and sweetening agent. The black currant fruit is also typically grown specifically for the commercial juice market. 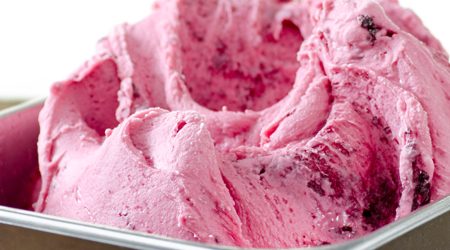 What nutritional value does it offer?
The black currant is a rich source of vitamins A and C, and contains substantial amounts of minerals such as copper, calcium, phosphorus and potassium, according to NutritionandYou.com. Furthermore, Livestrong.com suggests the oil extracted from the seeds of black currants has immense medicinal ability which includes helping to prevent cancer, decreasing triglyceride and total cholesterol levels, as well as reducing the inflammation of joints associated with rheumatoid arthritis. These small yet powerful berries are also known to aid against eyestrain, urinary infections, joint inflammation, Alzheimer’s disease, and physical aging effects including wrinkles and gray hair. The Black Currant Foundation in the United Kingdom, a country which boasts the best black currants, is a great resource on the tart fruit.

The black currant has come a long way on the shores of the U.S. Though there’s still work to be done, don’t be surprised if you find more and more menus taking on the small, yet obstinate berry.