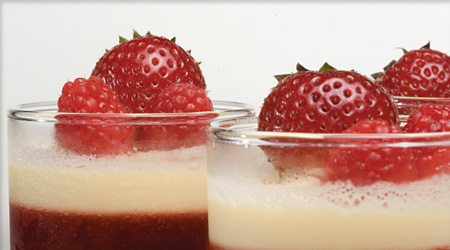 Frozen yogurt, gelato and other specialty desserts found themselves on quite a few trend lists in 2008, and 2009 should be no different despite the economy’s alarming state. Ice cream is a billion-dollar industry in the United States, and the entry of novelties like gelato and frozen yogurt in the market are helping the industry stay on trend by offering new options in addition to old favorites. The outlook for the industry in 2009 is good, but those in the frozen dessert industry will need to consider a few factors to continue to find success, including the economy, continual consumer education and trends.

Finding Opportunity in a Bad Economy

With the onset of worldwide economic woes in late 2008, it is no surprise that 2009 arrived with undercurrents of increased anxiety and worry. But surprisingly, ours is one industry that tends to prosper in times of economic hardship. Frozen desserts are an affordable luxury that fulfills Americans’ need to splurge without burning a hole in their pockets. The expense of taking the family for ice cream is lesser than amusement parks, the movies and so forth, but still promotes family time.

Affordability isn’t the only thing that’s keeping this industry on the upward swing. As CEO & President of PreGel America , Marco Casol states, “[a bowl of gelato or ice cream cone offers] a little vacation away” from the day-to-day grind. Overall, Americans are unwilling to give up the small things that may be expendable in hard times. As Detroit’s Fox News Channel 2 explains, “During these times of financial turmoil, more people are turning to comfort foods to help ease the emotional strain.”1

Customization is another reason that, despite a “stay-at-home” economy, frozen dessert businesses will still thrive.2 Sure there’s a large selection of flavors, health conscious delights and so forth in the grocery store, but you get what you buy. Retail stores offer a number of fresh toppings and flavors, and the variety is very appealing to the end-user, since we are in a society where the customized experience is highly desirable. Dairy Foods magazine and Mintel predict a 15 percent growth from 2008 to 2012 for frozen dessert retailers because of this phenomenon.

Ice cream is still the most sought-after dessert in the industry according to Mintel’s study, which has ice cream accounting for over 60 percent of all frozen dessert sales due to its familiarity. 2 Educating the public on the new emerging desserts such as the “new” frozen yogurt (as opposed to the TCBY-inspired frozen yogurt of the ’80s) is important in order to grow the frozen novelties sector of the industry. And with the trend currently only penetrating major metropolitans, the potential for frozen yogurt is huge. Additionally, in a poll of 1,000 adults, it was found that only 1 in 2 Americans knew what gelato was.3 Clearly, a sign that frozen novelties are still an area of unknown for most.

Awareness can be accomplished with education. Media’s in-depth coverage of the “Frozen Yogurt Wars” in California helped spark interest throughout the U.S. for frozen yogurt, and also shed light on a more serious topic dealing with the dessert’s chemical composition and proper definition (see p.19). 2008 also brought the launch of WhyGelato.com, a gelatoinspired resource with a “Find Your Local Provider” section that lists contact information for gelaterias across the U.S. The site was yet another avenue created to help educate A Glimpse into the www.pregelamerica.com 17 Americans on the Italian ice cream that has been in existence much longer than traditional American ice cream.

Dessert Trends to Anticipate in 2009

The good news for dedicated dessert dealers is that there’s always a customer looking for something new. The trends in 2009 will build on some of 2008’s trends but will also make way for exciting new ones.

Classic Desserts with a Twist

When considering dessert trends for 2009, anticipate a comeback of classic desserts that are reminiscent of childhood days. Retro desserts such as cream puffs, doughnuts and funnel cakes will gain interest, along with traditional desserts with a twist. Creamsicles made with white chocolate gelato (or ice cream) served with passion fruit sorbet and gingered lemon meringue pie will be popular choices for Baby Boomers looking to find new experiences in familiar indulgences. Make-it-yourself S’Mores fondue served tableside can provide both nostalgia and entertainment value for an affordable price.4

Unlikely combination desserts are great for getting customers’ minds off 401(K)s and onto new, interesting and tasty ideas. Sweet heat is catching on, as fusions like strawberry and black pepper sorbetto; fig and brie cheese ice cream; and chocolate chili gelato are making a name for themselves. Herb-inspired desserts are also attracting attention. As Americans become more and more educated, they are developing a sophisticated taste for interesting flavor combinations.

Miniature desserts will continue to gain popularity as budgets grow tight but desire for sweet indulgences remain. Mini desserts such as gelato bites or mini sundaes offer customers all the taste for a fraction of the price and a fraction of the calories.

In addition to serving classic gelato or ice cream milkshakes, try creating innovative liquid desserts, such as the Lime and Tapioca Pearl Parfait created by New York Pastry Chef Pichet Ong, served with a straw big enough to transport the tapioca pearls.5 Carrot cake, apple strudel and pineapple upside-down cake can all be created and served in a drinkable form. Starbucks also jumped on the drinkable dessert train and partnered with Pinkberry, a frozen yogurt retailer, to create a drink called Sorbetto, which utilized the Pinkberry yogurt flavor, and offered it in California. Desserton- the-go is a concept that fits well into today’s fast-paced society.

No matter what the occasion or the budget, Americans love to be delighted with extraordinary desserts. As stress levels are on the rise, so is the need to find comfortable solace in a moment of rich indulgence. With so many creative and delicious options to present to customers, the dessert industry can expect to see positive and interesting results in 2009.