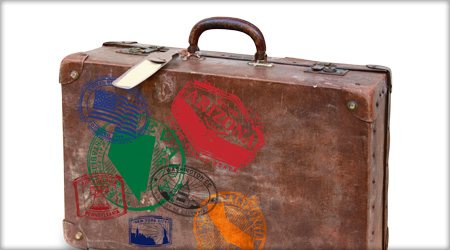 Experience an Excursion of Tasty Treats from Across the Country

Often setting trends that take the rest of the country by storm, the West Coast is known for its beautiful geography and beautiful people. Healthy items are at the top of the list for celebrities and locals alike in Los Angeles, CA, where the tangy frozen yogurt trend has its roots. Sometimes referred to as Korean-style yogurt, tart soft serve froyo topped with fresh fruit and cereal is a nutritious indulgence and is so delicious, for some it becomes a near-addiction. In line with the tart and healthy flavor profile, fruits like pomegranate and pink grapefruit show up in many forms on California menus as well, from appetizers to drinks to desserts.

Another concept in healthy dining is farm-to-table restaurants, popular in California’s fertile valley regions. These restaurants serve strictly seasonal foods from nearby farms prepared by chefs who understand their ingredients from the ground up. Proponents of this movement are referred to as “locavores” and enjoy the sustainability of local farming as well as the benefits of eating fresh. The raw food movement has a similar appreciation of the origin of food, with one key difference–the food does not get heated above a certain temperature. Described as a way to retain living enzymes, raw foodists prepare dishes by seasoning, blending, dehydrating and juicing foods to create nourishing meals as well as treats and desserts.

On the opposite end of the health spectrum, southern California is known for its party culture and with that comes the inevitable combination of booze and sweets. Recently, “beer floats” have been gaining popularity, pairing of microbrew or craft beer with ice cream or gelato. But it doesn’t stop there; with a spectrum of flavors ranging from citrus to molasses, beer can also be used as an ingredient in gelato, sorbetto and pastry recipes.

Sharing a border with Mexico, these regions are influenced by centuries of a shared history with our neighbor to the south. Due to the hot, dry weather; food in this region is often spicy in order to trigger the sweat glands of the eater, and dessert is no exception. Sweet and spicy combinations such as mango and red chile or lime and jalapeño can be found in the form of paletas (Mexican popsicles) as well as sorbetto. For those who prefer a non-spicy treat, fruit grown in Latin America called the guanabana is also becoming popular in desserts because of its unique pineapple/mango flavor and creamy, milky flesh.

In the Gulf Coast, there is a large underground salt dome left behind by millennia of sea tides under Avery Island, Louisiana. The salt harvested from this area is special to the region and has a place in many local culinary traditions, including Tabasco® brand pepper sauce. In addition to savory applications, salt is a great flavor enhancer for desserts and is delightful when paired with caramel or chocolate. The salty/sweet sensation can be both nostalgic and novel all at once, and appeals to a wide audience, not just sweet-tooths.

New Orleans, the Crescent City, has a rich gastronomic history with a host of distinct cuisines including Cajun, Creole and French. Two signature desserts worth noting are the beignet, originally made popular by Café du Monde, and the macaroon, currently re-emerging as a favorite across the country. The beignet is piece of fried dough, sometimes filled with fruit or chocolate, usually square and covered in powdered sugar –clever in its simplicity and oh-so-delicious. The macaroon, on the other hand, is a delicate, cream-filled sandwich cookie prized for its tiny size and the variety of flavors and colors in which it can be made. Both bite-sized and both delicious, these treats coexist beautifully in the bayou.

Known as “America’s Breadbasket,” this region is famous for its prairies and farmland that produce many of the foods we enjoy across the country. Although there are settlers from all corners of the world, in the early days of the United States immigrants from Germany, Italy, Hungary and Scandinavia were an influential part of the population. With them they brought the foods of their homeland, recipes and dishes that still inspire the culinary landscape today. A common thread in this region’s cooking is simplicity and heartiness, classic flavors and fresh ingredients straight from the land. One popular manifestation of this is custard, made with eggs, cream, milk and sugar, often served frozen. The texture is thick, and the flavor is rich
and sweet.

Along with the amber waves of grain, the Midwest is also home to a booming dairy business, which is responsible for much of our country’s domestic cheese production. In Wisconsin, they don’t just make cheddar, there’s brie, bleu, feta, parmesan, gouda, havarti, mozzarella and more. Select varieties can be served as a cheese course when paired with fruits, nuts and preserves. Some cheeses are used in desserts as well, like mascarpone which is traditionally used in tiramisù but can also be found in cheesecake, cream pie and gelato recipes.

In Chicago, chefs from near and far come to prove themselves as culinary innovators. Molecular gastronomy is a new phenomenon with roots in the Windy City and is defined as the application of scientific principals in food preparation and cooking. This is often manifested in dramatic fashion with dishes such as liquid nitrogen frozen ice cream and intensely flavored foams or gels.

Bounded by the Atlantic Ocean and Canada, the northeast region is home to the most populous city in the United States, New York. Manhattan, the Bronx, Brooklyn, Queens and Staten Island comprise the city itself, and each borough has its own flair and personality. A classic dish associated with the Big Apple is cheesecake, of course. Although the exact origin and the superlative “best” are up for debate, one thing is for sure: New York-style cheesecake is a gold-standard dessert.

A close runner-up however is the cannoli, and it’s not hard to tell why this treat is so beloved. With its crispy, rolled pastry shell and rich ricotta cream filling, the cannoli is on the same level of decadence as the cheesecake and often easier to eat on the go.

Stepping away from the classics and into the trendy category, mini desserts and pastries have gained the limelight not only in New York, but also the rest of the country. It was not long ago that haute cupcakes (à la Magnolia Bakery) debuted and have since made a name for themselves on dessert menus nationwide. In the same vein, another childhood dessert favorite has been making the scene lately: whoopie pies. Originally made popular in New England and associated with the Amish culture, whoopie pies consist of two cake-like chocolate cookies sandwiching a thick layer of marshmallow fluff. Nowadays, flavored fillings, unique shapes and colorful packaging have increased the attention drawn to these simple, rustic treats but the taste still speaks for itself.

Out of the city and into the countryside, the Northeast is one of the best growing regions for blueberries, cranberries and apples. Often found fresh at roadside fruit stands, the seasonal produce available in the summertime is a call to action for many chefs. Classic desserts such as apple pie and blueberry muffins are not only great in their traditional form, but can be redefined for applications like frozen yogurt or dessert cocktails.

In the tradition of “southern hospitality,” the flavors of this region are intended to comfort and please the palate, with the staple of the dessert menu being pie. In Virginia, Georgia and the Carolinas, pecans, peanut butter, peaches and sweet potatoes are popular pie fillings. The Florida Keys are known for their limes, used to make a delicious graham cracker crumb pie with a tart, creamy interior.

Due to the warm, humid weather in this region, refreshment is often key when making dining decisions. In Florida, there are many Caribbean and Latin American influences with ingredients like mango and açai berry. These flavors show up in everything from smoothies to chutney and lend a luscious, tropical feeling to dishes. Southern cooks often use the grill to create attractive char-marks and caramelize the natural sugars of fresh fruits. Then there are the simply indulgent Southern dishes with their long heritage and enduring presence. Banana pudding, which consists of layers of vanilla pudding, banana slices, vanilla wafers and whipped cream, is comfort food at its finest and has been given a new lease on life with the popularity of mono portions. Red velvet cake may be a considered a holiday dessert elsewhere in the country but is a mainstay on dessert menus in the South.

Now that we’ve hit some highlights of famous flavors around the country, why not check out your own landscape for some new inspiration? Remember, there are a lot of nice places to visit, but there’s no place like home.

To experience some of these great regional treats visit http://www.pregelamerica.com/en/resources/recipe_card/search.asp