Technology is in a constant state of evolution. The length of time between generations of technology can be as little as a year; compared to human generations, which are spread out over decades. Not to mention, between each generation of technology are software updates (something we’re all guilty of putting off a little too often). Staying ahead of the curve isn’t easy while managing a business, but doing so ensures that investment in the right technology today will help your business for years to come. 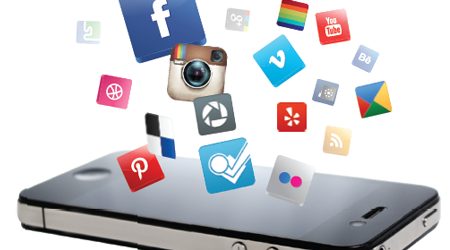 Here are some dates to put things into perspective. The first modern smartphone was introduced around the turn of the millennium. Back in Issue 4 of Views From The Tree, published in 2009, Kelsey Clayton gave advice on how MySpace could work for a business and explained what the “new and promising” social media site Facebook was all about. According to Smallbiztrends.com, MySpace is now considered a last generation site and over one billion active users around the globe have a Facebook account. Tablets hit the market in 2002, but didn’t take-off until Apple Inc. announced their version of the tablet a year later. Now, PCMag.com predicts annual sales of tablets will outnumber both desktop and laptop computers in as little as two years.

Let’s look at the up-and-coming trends in the tech world that have the potential to change how businesses work as we know it.

Rewarding Loyalty
Apps, short for applications, are the bread and butter of every smart device out there. They come in a wide variety of formats including email, games, video and even personalization. While shooting birds into buildings can be all fun and games, some of the most popular apps on phones and tablets are those that help businesses.

Apps are starting to replace loyalty cards. For many, loyalty cards are almost as precious as their bankcards, but with so many loyalty cards there is simply no room for them to have a permanent home in consumers’ wallets. Some businesses have found a work-around by keeping a box of customers’ loyalty cards next to the register, but depending on the number of loyal customers, that box can grow to unmanageable proportions. Now, loyalty cards are going digital, eliminating all of these issues and more.

Google Wallet is one of those apps but there are many out there. While the capabilities with Google Wallet are significantly growing with each app update, the current abilities the app has are to help the consumer. One feature that most businesses can take advantage of is the digital loyalty card. The loyalty app syncs your business with customers through their mobile devices, letting you send updates, rewards and discounts instantly to their phone. More details can be found on their site at http://www.google.com/wallet/business/loyalty/. Google Wallet has big plans in the future for expanding their available features for both consumers and businesses; the downside is that Google Wallet is currently only available on Android devices rather than Apple or Windows devices.

If you’re looking for something less corporate take a look at an app called Belly, available for both Android and Apple devices. While free for customers to download to their device, there are monthly fees for business use ranging from just under $80 to $150 a month, all explained and organized on their website www.getbelly.com. The alluring advantage with Belly is not only compatibility with multiple devices but also the amount of features given depending on which tier you invest in. A tablet is included with each tier, while higher-end tiers also include a custom email address for your business, marketing material templates including email campaigns and detailed analytics – it’s like having a small marketing department all inside a mobile device. With everything that is included, Belly is perfect for the growing shop looking to make a technology leap.

Utilizing apps in general is a great way to reach out to customers without spending a lot of money or time. Keep in mind that not all apps are compatible with every device. 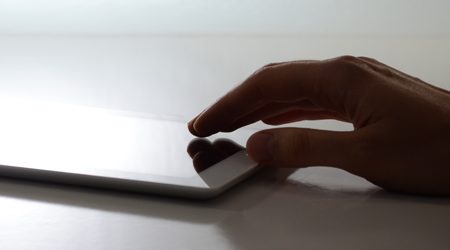 Cutting the Cord
As mentioned earlier, tablets are expected to surpass desktops and laptops by the year 2015. Be one of the first to say good-bye to your desktop computer and switch over the backend of your business to purely tablets. The capabilities of tablets have become comparable to desktop computers.

Multiple users and password-protected logins can be used on one device separating, for example, important files to run the business from saved recipes needed for quick reference. This also helps with keeping costs down by having one tablet shared between several people without having to worry about equal access. Wireless printing is now becoming more mainstream with tablets and mobile devices as well. Be sure to purchase a printer that comes with an app that you can download straight to your tablet or mobile device to ensure compatibility and smooth setup.

Another trend that is a huge hit in the food industry is a point-of-sale (POS) system that can connect directly into any tablet or mobile device, and POS systems that you can simply download in the form of an app without any physical attachment to a mobile device.

The largest advantage of going mobile with the cash register is real-time analytics that can be accessed anywhere. With mobile-friendly POS systems widely available and at a variety of price-points, finding one to cater to your business style and size is a breeze.

Technology is also beginning to replace menus at sit-down restaurants. Instead of having a printed copy of the menu, especially if it changes depending on the season or available ingredients, transfer your menu to a digital platform such as a tablet. This eliminates going to the printer every time for updates. Restaurant Hospitality mentions the best way to take advantage of a digital menu is “… with upselling by suggesting additional menu items to go with a guest’s selection.” With more elaborate digital menus customers can order straight from the tablet when they are ready. For the grab-and-go atmosphere, digital signage is quickly taking the industry by storm, popping up in many quick service restaurants as another way to replace menus and grab customers’ attention with visuals and animations.

Capturing Your Good Side
As a whole, social media is becoming more photo-centric. Gone are the days where text is the dominant form of media on the Web. Evolving alongside this trend are mobile phone cameras that offer the same quality images, if not better, as a high-end digital camera.

Facebook recognized this visual-dominating trend by buying Instagram in April of 2012 and slowly merged the two social media sites into one. According to SearchEngineWatch.com, Pinterest has quickly gained popularity over the course of two years even though initially its only form of posting was image-based. Snapchat is a new-generation social media app that acts as an image messaging service, allowing users to not only share pictures but also add captions, draw on top of the image, and send to only a select group of friends or everyone.

Taking your own photos ensures you are in control of the image your business portrays. It goes with the age-old saying “a picture is worth a thousand words.” Nothing can entice a customer more than seeing the final dessert compared to simply reading about it. If taking your own photos is out of the question, Joel Brown on Addicted2Success.com suggests taking advantage of Instagram by holding contests for customers to submit pictures portraying your business or product.

Sticking to the Basics
Even when you have successfully prepared yourself to be ahead of the competition with the latest technology, there are some things to keep in mind to stay on top. Having your own website customized and devoted solely to your business is essential. Key information to always showcase on your site includes: your store location(s), hours and a selection of products or offerings available. Updating your social media is another must. A social media profile that hasn’t been updated in almost a year reflects poorly on a business and can deter customers just as much as a constantly updated social media page can attract a variety of customers you wouldn’t get otherwise. Employing these essentials is the first step before all of the unique apps and new technologies become a mainstream part of your business.