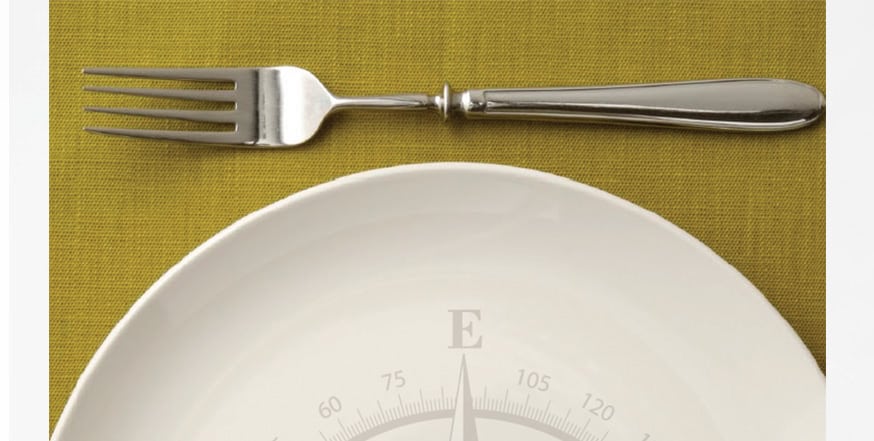 The International Design of American Cuisine

We experience it time and again, as it occurs very frequently in almost all areas of life. It happens in fashion; cosmetics; beauty; semantics (speech); entertainment; religion; and, yes, cuisine—from what we eat to how we dine. The “what” that is being discussed here is international influence. For instance, Asian ramen, Indian curry, Mexican quesadilla, and Jamaican oxtail (just to name a small few) are dishes that are as equally coveted as the classic American hamburger or hot dog on the “American dinner table,” and they have been since longer than some may realize.

Much like the body of the American people, our cuisine is an expression of each varying culture that makes up this nation, all composed of a myriad of flavors, aromas, textures, colors, and spices that appeal to the majority, or in the very least, make a strong case for exploration by all. However, despite personal taste preference, the domination of intercontinental cuisine is becoming more recognized on a mainstream level and widely accepted by the masses. According to examination by Chicago-based research firm Technomic, apparently, more than one-third of Americans order foods of country-based origin weekly, and 77 percent indulge while dining out at least once a month.

Notwithstanding its current segmented spotlight, some reports state that the integration of intercontinental foods into American cuisine spans centuries. Much like the point of the official Jamaican motto: “Out of Many, One People”— which acknowledges the blend of country natives with the West Africans, Europeans, and Indian populations that occupied the West Indian country via migration, or during the process of colonization—the culture of American dining continues to expand due to more international travel, media coverage, and the heightened sense of gastronomic adventure Americans continue to pursue. Needless to say, these epicurean inclusions have only helped to enhance the appeal of the overall dining experience stateside.

Since the days of hunting and gathering, Americans have developed an intimate relationship with food. And as our palates grow more sophisticated, continuously adapting to the tastes of cultures beyond American borders (including cooking methods and ingredients), our taste buds have cultivated a preference for global fare. On the subject of global favorites, Parade magazine recorded a list of exotic tastes Americans prefer in order of popularity. Further research showcases the interesting stories surrounding their introductions to the American palate.

Chinese food – Time.com, the online publication of Time magazine, reports that Chinese food was first introduced to America around 1850 during the gold rush in California, which brought thousands of immigrants from Canton, South China, who also offered their services as restaurant owners among other trades. However, the 1960s-70s introduced Americans to Asian cuisine outside of the Cantonese style the citizens had grown familiar with, which amazed the 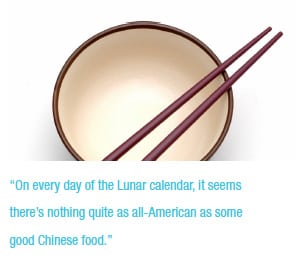 American public. Today, there are over 45,000 Chinese restaurants currently in operation across the United States. This number is greater than all the McDonald’s, KFCs, Pizza Huts, Taco Bells, and Wendy’s combined, according to the Chinese American Restaurant Association.

“On every day of the Lunar calendar, it seems there’s nothing quite as all-American as some good Chinese food.” – Emelyn Rude, food historian and author of Tastes Like Chicken.

Mexican – history.com informs us that Mexican-inspired cuisine in America, otherwise known as Tex-Mex, made its way to a larger audience for the first time in San Antonio, Texas in the 1880s via three women known as the “chili queens,” and their offering of a well-received chili pepper stew with meat and beans known as chili con carne. Nevertheless, the most popular Mexican foods among Americans are the taco, burrito, and nacho.

“Mexican food is as American as nachos,” says Gustavo Arellano, author of Taco USA: How Mexican Food Conquered America. “You find nachos all over ballparks in the United States. It’s just part of the cuisine at large.”

Italian – lagazzettaitaliana.com reports that the trend toward Italian food started in the late 19th century, when immigrants from Italy began settling in America, while holding on to their cultural identity through cooking. Additionally, soldiers returning home from World War II had developed a taste for Italian flair and introduced their families to the European delicacies of spaghetti and meatballs, sausage and peppers, ravioli, baked ziti, and pizza. Beginning in the 1950s to date, Italian cuisine has been established as a highly sought-after part of American food fare with the introduction of meats, wines, pastas, and artisanal desserts.

“The only way a diner can taste the authentic cuisines of Italy is to visit Italy. Yet, the popularity of Italian food continues to resonate throughout America, not only in supermarkets, but also in the thousands of Italian restaurants nationwide.” Janice Therese Mancuso, author of Con Amore, a culinary novel; and founder of Thirty-One Days of Italians.

Japanese/sushi – Provenancemag.com reports that Japanese cuisine was introduced to the American palate in the late 19th century (late 1800s) with the influx of Japanese immigrants in search for a more stable life. It remained exclusive to mostly the Japanese-American communities in Hawaii and California before becoming trendy with the urban elite crowd in New York, San Francisco, and Los Angeles. However, Japanese cuisine was rejected from the American dining scene during World War II in protest to Japan’s cultural influence in the U.S., an exclusion that lasted for several decades until ultimately forgotten. Japanese food made a resurgence in 1957 with the opening of the first sushi bar in America and beginning in the 1970s to the present, Japanese food continues to achieve extraordinary popularity, especially with the younger diner.

“Japanese food continues to evolve today in the US, and over time we will see more and more Japanese dishes.” Joanna Kalafatis, Provenance Magazine.

Greek – According to everydayculture.com, Greek immigrants began settling in America around the 1890s, bringing with them customary dining essentials including olive oil, cheeses, olives, breads, parsley, mint, dill, and oregano, among other ingredients we’ve come to know and savor. It is reported that as early as 1911, Greeks were dominating the dining industry with ownership of restaurants, coffee houses, bakeries, and candy stores.

“Yes, it’s true. Greek cuisine is one of the most influential in the world, and it has been that way since ancient times.” www.greekboston.com

French, Thai, Spanish, Indian, and Mediterranean round out the remainder of top ten favorite intercontinental flavor profiles among American diners, with rising “stars” such as Filipino, West Indian, and African food on the horizon for their time in the spotlight outside of native immigrant communities, despite decades-long availability in the U.S.

America is indeed a “salad bowl” not only because of the many nationalities that reside here, but also because of the smorgasbord of cuisine that is so rich and expansive, we tend to highlight only one culture at a time. But as we move forward in the exploration of new international flavors, including desserts, we continue to enrich our diverse culture of global food choices, nuzzled in the exciting culinary communities of our backyards.