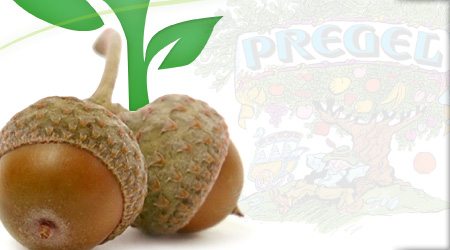 First, imagine a dream as the seed of an acorn; and to make that dream sprout it would need to be nurtured with the water and oxygen of resolute ambition combined with unrelenting will. Now visualize a young, thirty-two-year-old Italian man armed with a wealth of knowledge and passion about the Italian delicacy that shaped both his and his family’s life — gelato.

Gelato amante (gelato lover) Marco Casol is that young Italian man who had a dream to represent his country on an international stage, and bring awareness to the artisan dessert of gelato all over the North American market. The intention of this dream was to make the social experience of consuming the frozen treat a part of American culture synonymous with enjoying popcorn at the movie theater.
PreGel, a specialty dessert ingredient company, had already developed a grand, reputable standing all over Europe. And with unyielding desire combined with insistent resolve, Casol developed plans to do the same for the Italian company in a new market. However, before embarking on his ambitious journey, Casol immersed himself in everything gelato.

“Running our family stores, I learned and understood even more about the product. I read the existing literature from old manuals to the newest publications. I learned about the fathers of gelato, Ruggeri and Procopio. I started talking to Dr. Luciano Rabboni, one of today’s main authorities in gelato development,” Casol enthusiastically explained.

Casol went on to add the knowledge he obtained from studying at the Artisan Gelato School in Italy to his intellectual mix as preparation for the large undertaking of expanding the knowledge of gelato beyond the walls of Europe. Casol graduated in 1998, his ever-increasing passion for gelato heightened by his lessons about flavors, process and the health aspects of gelato. The cultural background of Italy’s frozen delicacy and its evolution throughout the centuries since its creation “resonated” with the young gelato aficionado.
“It was intriguing to learn how individuals brought something new and better to gelato throughout the years,” Casol said—it was a philosophy that would further ignite the gelato amante’s goal to share gelato with the world, and was a legacy he was destined to become a part of.

“I wanted the market to know where gelato came from, why it makes people smile and why it tastes so different,” Casol continued.

Eager to flourish within the barely touched market around the world, Casol garnered the trust and support of Dr. Luciano Rabboni—the founder of PreGel and scientific genius Casol credits with being “a great listener and visionary.” Together, Casol and Dr. Rabboni immediately thought of North America as the “last important market” with which to share the joys of gelato.

“I left Italy with a suitcase full of hope, dreams and aspirations to bring North America the smiles that I had seen my family bring to so many with gelato,” said the child of gelato pioneers whose family began a successful empire of gelaterias throughout Europe beginning over 100 years ago.

With a small yet dedicated and very knowledgeable staff under his direction, in six years time Casol saw the number of outlets supplied by PreGel AMERICA increase 30%-35% annually in the North American gelato industry. This growth included more than 1,000 gelato and frozen yogurt shops, groceries, cafes and restaurants that sell gelato; and successfully propelled PreGel AMERICA into the leading spot in the specialty dessert ingredient industry in North America.

The success stories relating to PreGel AMERICA’s growth can be attributed to a rainbow of reasons, but mainly to education. Despite his acute business savvy, Casol’s initial approach for PreGel AMERICA was not business-oriented at all. Instead it was a “true effort to educate consumers and create a demand,”
Casol explains.

Casol trailblazed his way across America, providing seminars and presentations on Italy’s artisan treat to those seeking new dessert solutions. “Because the American market had so much to learn about this Italian delicacy, I felt it was our professional duty and legacy to explain what gelato is, how it is made, what its health benefits are, why we substitute a lunch with gelato in Europe and why Europeans embrace it as a social activity for all,” Casol elaborated.

In addition to establishing an educational facility, Casol and his team successfully broke ground in the North American gelato market, offering customers one dedicated sales representative for each region of the United States (East, Central and West), a dedicated inside sales support team, also with an individual agent for each region, and two product warehouses for speedier delivery to all sectors.

Metaphorically speaking, the Italian acorn of the mighty PreGel oak tree (a symbol seen on all PreGel packaging) had successfully been planted in American soil, and as with any crop that is properly nurtured, it rapidly grew, as displayed by the company’s relocation to Concord, North Carolina, inside of a sleek, European-inspired, custom-built 150,000-square foot facility.

In 2008, Casol said, “Gelato’s popularity in North America is on the brink of explosive growth, and we’re poised to be at the forefront of that trend. At PreGel, it’s about your passion and our ingredients. However, we go beyond just providing our products, we also offer our training, service and expertise. All of these are a strong reflection of our ongoing commitment to our customers and the industry as a whole.” The quote’s prediction couldn’t have rung more true, as today desserts, especially gelato, are of top interest in the culinary world.

Part II of this four-part history celebrating PreGel’s 10-year anniversary will take an even more in-depth look at PreGel AMERICA’s educational program and how, like the acorn, it continues to grow and aid our customers in consistently producing superior products.