Gastronomy is constantly evolving thanks to creativity, talented chefs and curiosity, but also technology and science, all of which allow for texture development, new ways of conservation, cooking styles and so forth. Even if traditional cuisine remains anchored in every culture, new trends continue to emerge around the word from Europe to Asia and America to satisfy changing lifestyle and adventurous tastes of consumers. From trends and flavor to concepts and noted international chefs, restaurants and brands are innovating, stretching boundaries further to offer a surprising but nonetheless mouthwatering cuisine to a constantly evolving generation of food lovers. 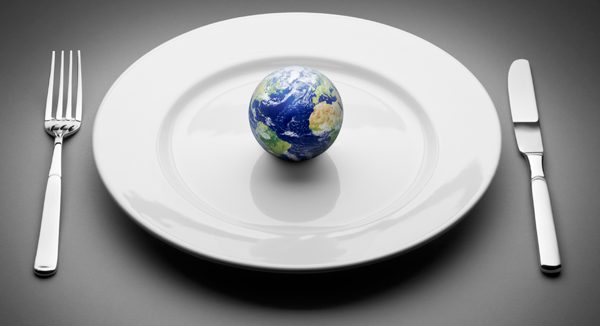 Technology & Chemistry – Still Making Waves
“Molecular Cooking,” also called “Techno-Emotional,” introduces the practice of chemistry into recipes where innovative ingredients such as gelling agents, thickeners, emulsifiers or sparkling sugar are utilized. This technique is a combination of traditional and modern, artistic and scientific approaches to cooking. It is now widespread through the world, but the greatest concentration of restaurants using it are located in the European Union. Another trend called “Cryogenic Cooking” uses culinary gases, liquid azote and dry ice, that can bring food to heat at a specific temperature and then cool it down very quickly for better efficiency. “Food Pairing,” or the art of assimilating two ingredients perfectly that were first thought to be incompatible, is a technique that consists of associating two ingredients according to their molecular resemblance, creating original flavors such as oyster and kiwi, or carrots and violet. Started in Belgium, this new culinary trend is now spreading through Europe.

The Whole World in the Same Plate
Continuing to be developed by world-renowned chefs, “Fusion Cuisine” is based on mixing cooking ideas from different countries in order to obtain new flavors. This type of cooking was born in New York, where there is a large culinary diversity (NYC boasts more than 18,000 restaurants according to NYC Go). Baum+Whiteman, the world’s pre-eminent food and restaurant consulting company, published a survey this year revealing that this trendy type of cuisine is going big. The motto is that there is no rule in gastronomy, and therefore it will become harder to identify dishes’ origins as new preparations are blending all culinary traditions together. Unusual meals such as pork chipotle sandwiches with a sugar glaze are appearing on restaurants’ menus. Another example is multicultural pizzas topped with zucchini coated with hummus and wasabi peas. Sandwiches, such as the banh
mi Vietnamese sandwich – combining French baguette and native Vietnamese ingredients – should offer wider gustative experiences. On the sweet side of things, Trendhunter spotted the replacement of old style vanilla cupcake for Far East-inspired confections: sushi desserts. By using coconut instead of rice, black fondant cake for the seaweed part and gummy candies instead of fish, guests and customers will be fooled by these succulent desserts. Another idea for sushi dessert is strawberry shortcake sushi to dip in a raspberry sauce. Cuisine is at a crossroad where all traditions are clashing together.

The survey also states that the phenomenon should especially affect independent young restaurants that can afford to play with different flavors and are smart enough to tackle a niche unexploited yet by chain restaurants. 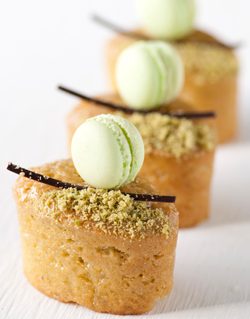 The Whole World In The Same Plate: Mini World Dessert Tour
From the five top travelled locations in 2012, here are dessert favorites from Panama, Finland, Myanmar, United Kingdom and Japan that might be part of your dessert plate tomorrow:

Mini and Mono
Utilizing individual trifles and ramekins, miniature cooking is another trend that continues to satisfy customers’ curiosity with reduced quantities. In India, chefs have modified tapas to serve delightful miniature desserts, offering different flavors during meals or as a dessert indulgence. Ranging from simple dairy and fruit-based desserts to elegant, artisan pastries made with almonds, or aromatic seeds like sesame, fennel, anise or poppy seeds, the monoportion dessert has arrived in India just as it has taken off in the U.S. and parts of Asia. Some say crafting a smaller version of known desserts is the ultimate test of a chef ’s creativity. The trend is perfect given the economy’s impact on restaurant sales the last few years. Dessert sales are booming since hotels opted for miniature versions of their desserts. Customers are becoming more demanding for quality calories. Mini desserts are a good strategy for increasing profits as well as consumer satisfaction, and there is still room for growth and adaptation. It is a win-win concept that we will soon see spreading in other countries.

Bars. Flavors. Action!
Consultants Baum+Whiteman say that “Flavor a day keeps recession at bay.” Both artisan spirit establishments and ambitious bartenders are stretching the notion of hand-crafted cocktails by mixing vodka, gin or rum with mango, kiwi, dried fruits or other house-made exotics. Now lining the bar you will find flavors such as honey, vanilla, mint, citrus and maple bitters homemade syrups. The trend is also incorporating fruits, herbs and vegetables directly from farmer’s markets. The mixologists are then using the fresh produce to develop pureed cocktails with lemongrass, rosemary cardamom and many more flavors. Restaurants and chains are dedicating some nights of the week to a theme, such as Latina Fridays, during which they showcase a drink special that features a cocktail made of tequila, pineapple, lime and chipotle-pineapple syrup. This trend gives rise to itinerant cocktail consultants who go from bars to restaurants and give advice on how to stay on top and boost creativity. Wondering where you can find the best cocktails in the world? That would be Latin America.

Latin-Everything
Both globalization and customers’ appetite to try different things are bringing new concepts and flavors to light throughout the world. The Hispanic community continues to grow worldwide, and therefore Nuevo Latino cuisine (a mix of Latin ingredients with European cooking techniques) is conquering the culinary world. As a result, bakeries and restaurants in the U.S. now include rich custards, sweet cakes and fried breads from Mexico, the Caribbean, Central and South America. The cuisine offers an interesting variety of options, and although traditional Latin American desserts have gained consumers’ attention, today’s chefs aim at expanding the boundaries. Chef Luis Amado from Baker College’s Baking and Pastry Arts Program told Specialty Food magazine that he was experimenting with uncommon dessert ingredients such as blue corn, cilantro and tamarind. During an interview for the same magazine, Chef Joseluis Flores at Ola restaurant, a Latin American restaurant in Miami, says he offers in his menu lemongrass-infused orange sorbet and toasted cinnamon walnut tuile cookie. “The Latin American dessert culture has been underestimated,” notes Amado. “There is much greater potential than what traditional chefs contribute.” 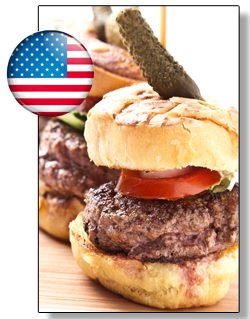 More than Ever: Snacking in America
Eating less at every meal but making up for it by snacking, Americans have created the fourth meal of the day. Multiple reasons are given for snacking: too much stress, instant pleasure, sudden need for instant energy or missed lunch. Fries loaded with grease no longer do the trick and snacks are becoming more sophisticated, ranging from mini-burgers to wraps with exotic fillings or multiple flavored dips. Research by Technomic shows that 48 percent of consumers say they’re now snacking at least twice a day, compared to 25 percent in 2010. Food purveyors are once again looking for minis such as cake bites or tiny shakes to satisfy serial snackers in this new market of creative, portable food.

Lawsuits
While international brands brag natural, organic, artisanal or local ingredients, they tend to forget that they are under close surveillance from journalists, bloggers and nutritionists, and therefore lawyers. Last July, the New York Times published the story of General Mills, forced to defend the accuracy of its “natural” labeling after two Californian mothers found out that its Nature Valley products contain highly processed ingredients. Pepsico suits, Nutella and Yoplait with its not-so Greek yogurt, among others, are also being watched for deceptive marketing. Because customers have never been more health conscious, they are asking their favorite brands to carry values such as transparency, sustainability and reliability. Keep your nose out for an increase of lawsuits to be filed in countries other than the U.S. and Canada. 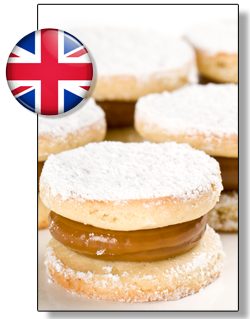 Only in England
In England, desserts are changing as well. The new cupcake is a mini gourmet doughnut. Ranging from crème brûlée and chai latte, plus a modern twist on the coffee doughnut with hints of cardamom, cinnamon, ginger and cloves, these delicious treats are a big thing this year in London’s bakeries. Forget about the French’s famous macarons, the British are now all about Alfajores, an Argentinian tasty treat perfect for teatime. These are made of two round, sweet biscuits joined together with mousse or jam coated in white chocolate or powdered sugar. Also, following the huge cake-pop trend, the latest craze is pie-pops, with miniature pies on sticks, highly appreciated during parties or as appetizers in restaurants. A gelatin dessert called gelatina is also a big hit this year in UK. The gelatina is a Mexican jellylike dessert that contains no fat, but is loaded with sugar and almost too pretty to eat.

Food at Your Fingertips
In the technology area, the foodie trend rests with iTakeaways and virtual supermarkets. iTakeaways, already a hit in Australia, is poised to take off in England. The concept allows hungry iPhone users to use an app that selects their favorite dish and has it delivered right to their door. Virtual supermarkets are the next step for food online shopping too. Soon, you will be able to visit virtual supermarkets, where you scan the items you want from the virtual shelf using your phone and QR codes, and then they will be delivered to your home within hours. The concept already launched in South Korea by Tesco should soon be popping up in the UK. Also, found in LA, a 24-hour Cupcake ATM that sells 1,000 pieces a day, and coming from Europe, McDonald touch screen kiosks where you can order and pay for a ‘better service’ while cutting lines, according to The Huffington Post.

If Paris, Milan and Tokyo (some of the major culinary capitals of the world) are at the forefront of developing these new trends, chefs from Taiwan, India, Korea, Latin America, UK and many more countries are keeping pace by presenting varying flavors and concepts to satisfy sweet teeth around the globe. From Indian tapas, Argentinian alfajores, British/Mexican gelatina and Greek frozen yogurt to Mexican popsicles or paletas, consumers are being offered an increasingly international array of trendy desserts and concepts. One thing is for sure, with so much creativity and resources, gastronomy will never get old.