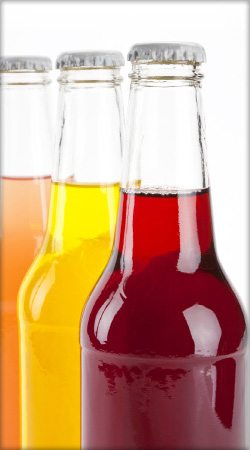 For thousands of years, muses have inspired some of the world’s most creative works. Be it animal, plant or human, these muses have brought out the greatness in all fields of the arts including painting, sculpture, fashion and even culinary. For every fashion designer inspired by Gisele Bündchen’s Brazilian sexiness, there is a culinary chef just as inspired by chili peppers’ succulent spiciness. Creativity, it seems, can be found in a variety of places, and when a strong candidate emerges, it seems to take off in more ways than one. One of the most overlooked but thoroughly used muses is none other than vanilla. While vanilla stands to influence more than the culinary world, it is within that realm that it has made and will continue to make a large impact on what we consume.

With its permanent place in classic favorites such as sugar cookies, ice cream sundaes and cupcakes, vanilla has emerged as major force in the trend of “Sweet Reinvention.”The trend, discussed in the 2010 fall issue of VFTT, is about classic dishes and tastes that invoke memories of childhood but have been recreated with a modern twist. Take a classic vanilla wafer for example. While delicious by itself, chefs and product manufacturers are experimenting with the base by adding new infusions such as lavender. The classic vanilla cupcake is another example. With television shows like Cupcake Wars invading our homes, it is hard to avoid the fact that the traditional vanilla cake base is being combined with ingredients such as cinnamon and honey to liven up the tradition. It seems as though, after years of being the star of the show, vanilla is now sharing the stage with some lesser-known co-stars.

However, vanilla’s star is starting to shine brighter in another part of the kitchen, the savory side. A spice that can complement or enhance anything, www.organicauthority.com reports that it is being used by chefs in seafood, poultry, beef and lamb. It is also proving to be that touch of sweetness and aromatics in sauces, marinades, chili, stews and soups. In manufacturing, vanilla is invading savory products as well. Pepperidge Farm’s Goldfish released vanilla, cinnamon and s’mores crackers amidst their line of cheddar, pizza and original cracker. From sweetening up sauces to an element in spice rubs, and even commercial snacks, vanilla is no longer to be viewed as just a dessert ingredient, as it is becoming a true member of the entire culinary community.

And included in that greater community is its involvement and growing presence in beverages of all types. Classically known for its part in cream sodas, the biggest brands of soda have been including vanilla in their recipes as well. Coca-Cola® and Dr. Pepper® in addition to lesser-known specialty sodas either already have vanilla-flavored products out there or are continuing to innovate with the flavor. Already infused into some of the most popular vodka brands such as Smirnoff® and Stoli®, vanilla is gaining momentum in mixology as well. Its ability to serve as a delicious base and complement to many other flavors has mixologists excited to experiment and design, as new cocktail concepts are growing new trend themselves. Of course, we can’t forget its appearance in coffee and tea drinks, and frozen dessert concoctions too – traditional vanilla lattes, pomegranate vanilla teas and vanilla bean ice coffees. These specialty drinks are and will continue to trend for the foreseeable future as consumers seek out customized drink solutions.

The last major trend of which vanilla is proving to be the muse is the push for natural and organic foods. To chefs, vanilla in its purest state is very desirable as it carries the most aromatic scent and pungent flavor. But don’t expect that pure and organic vanilla products will be cheap; as next to saffron, it is one of the most expensive spices in the world.1 However, a good vanilla just can’t be beat, especially to so many of us who grew up on just plain ‘ol vanilla and loved it without all the fancy infusions and complements. You will see more pastry and culinary chefs using vanilla and even its beans as major elements on plates and in recipes.

While many muses seem to come and go, it seems as though vanilla is one that is timeless and currently in an era of innovation. While it has always been around, been a friend of the chefs and a beloved flavor of consumers, it is in a phase of transformation with the food trends. How vanilla will innovate in the next thousands of years is something we’d all like to see; but for now, it’s time to try these new trends.