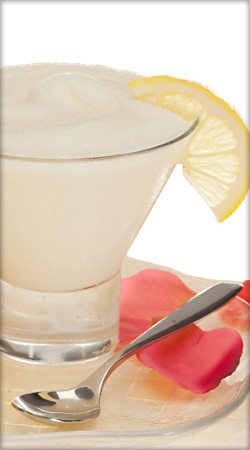 Here are the top ten trends that are transforming the dessert industry right now. We reviewed all the major sources out there including Epicurious.com, hospitality and restaurant consultants Andrew Freeman & Co. The National Restaurant Association, Technomic Inc. and the PreGel Professional Training Center to present the best of the best to look out for. Check out these trends to stay abreast of hot topics and trends in the dessert industry.

One-ingredient restaurants – Following on the several-year trend of gourmet burger shops, restaurateurs are taking one ingredient and building full restaurants around them. In 2011, the concept is extending to cupcake shops and pie shops.

Tiny desserts & samplers – Bites and samplers proved that in 2010 the mini-food trend is one with staying power. Some favorites for bite-sized sweets include brownies, bananas Foster, carrot cake, cheesecakes, miniature tiramisù bites and tiny bread puddings. Raspberry, white chocolate, hot fudge and strawberry sauces are being served on the side, adding more flavor complexity and sampling options.

Tiki bar cocktails – The tiki movement today is coming from the craft bartending community, using fresh ingredients and attempting to find the original recipes. Tropical flavors are the biggest rage, with flavors of pomegranate, mango, lime and pineapple. Think frozen margaritas and daiquiris, and mai tais with little umbrellas.

Artisan-crafted Italian gelato – Either in its traditional form and flavors, or as a platform for a wide range of applications, artisan ice cream, in general, is one of the year’s major dessert trends. Now, upscale, non-Italian concepts are developing their own gelato offerings and innovating with unusual flavors. Look for an Asian spin on gelato with flavors such as green tea matcha, chai tea, ginger, purple yam and malaga.

Imaginative new desserts – Differentiation and variety are the keys to success with today’s dessert menus – classics tweaked to make them contemporary are a part of the flurry of trends driving the dessert category today. Technomic’s dessert study revealed consumers take the uniqueness of a dessert item into account when considering a purchase. Therefore, traditional desserts with a modern tweak, in terms of flavor or preparation, are growing rapidly in popularity. Take, for example, Red Velvet Cake; this southern favorite is popping up on countless menus in the form of cupcakes, cake donuts, puddings, truffles and even as a gelato flavor.

Creative, drinkable desserts – Pastry chefs are putting a new spin on the idea by offering these tasty drinks as high-end plated desserts in smaller, half-priced portions. Chefs are also experimenting with flavors and ingredients to create innovative liquid desserts that we haven’t seen before. Tapping into the more hearty side of drinkable desserts, flavor profiles such as rosemary-infused chocolate drinks, sticky toffee pudding milkshakes and chai spice martinis are making the menu.

Evolution of soft serve – With the launch of PreGel’s Tenero (soft serve) line in 2010, PreGel AMERICA predicted that soft serve would only continue to grow in popularity in the coming year – and it has. Chefs have begun to use soft serve ice cream machines to produce savory as well as more exotic flavors this year. Familiar soft serve ice cream is also being adapted to the times with globally inspired flavors and preparations, such as Southeast Asian flavors like durian fruit and pandan leaf.

Iced treats – The summertime favorite gets a makeover this year, frozen ice pops and popsicles are showing up in a mixture of savory flavors like sugar-snap pea and Asian-inspired flavors like mango lassi and Thai coffee. Plus frozen yogurt, sorbetto and gelato bars on a stick are the hottest rage, offered in an assortment of flavors with various toppings and dips.

Combinations of savory & sweet – Unusual and unexpected flavor combinations can present customers with something entirely different. More complex depth of flavors is being seen on dessert menus of fine-dining restaurants, where new culinary ideas often originate. Salty, peppery, herbal, smoky and even meaty accents are being seen on menus nationwide. Rosemary and thyme are showing up in ice cream, frozen yogurt and gelato, while cilantro lends pungency to sorbet. Continue looking for the savory and sweet combination among the frozen dessert category to pop up over the coming year.

Macarons – Macarons, usually made with ground almonds or almond paste, sugar and egg whites, are 2011’s #1 sweet sensation. A classic French confection, macarons are popular for their ability to be created in variety of flavors and colors such popular profiles this year include passion fruit, mint chocolate and peanut.