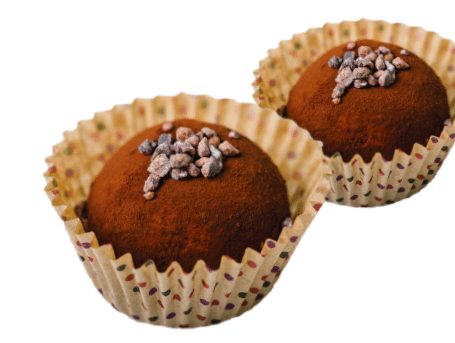 The dessert industry is flooded with a buffet of innovative ideas for those who prefer a stationary treat, and others who want a sweet snack (or meal replacement) while on the move.  Here you will find ten concepts of convenient and practical portable desserts that can take your menu to the next level. Some of the following options are classics, while others are just beginning to get recognition. Either way, all of these mouthwatering treats will easily add innovation to your menu and provide your busy customers with a vast and interesting variety of sweet, portable choices. 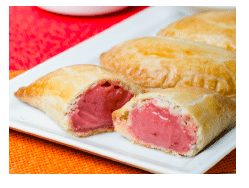 Empanadas are a very popular dish in Spanish-speaking countries. They are extremely versatile, as they can be filled with various types of sweet or savory fillings. The possibilities are never-ending for options and combinations of sweet fillings you can use. Let your imagination run wild!

Meet the upgraded version of the standard, buttery, flaky croissant. This new concept of croissants is a hot trend 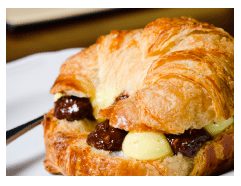 in the pastry world. Typically filled with traditional custard in any desired flavor, these croissants are sometimes drizzled with any variety of coatings or toppings, and in some cases, the dough comes available in different color variations.

Tip: try filling your stuffed croissant with frozen custard for a different spin.

This is as exciting as it sounds! Rolled ice cream is a popular dessert derived from Thailand that is increasingly gaining momentum in the United States, popping up in stores all around the country. The draw of the concept is watching it being made and, of course, eating it. Using any flavor of liquid base, the mix is poured onto an extremely cold steel or metal surface, which freezes the base. Once solidified, a flat spatula is used to scrape the ice cream from the spinning surface into rolls of ice cream that slightly resemble individual roses. Topped with any variety of inclusions, this portable treat is a show-stopper that will definitely spice up your menu.

That’s right! We’re talking about french fry-shaped brownies! Basically, the dessert consists of two main parts: the brownie and the chocolate coating, which may be sprinkled with sea salt or any other garnish of your choice. You decide whether you want to serve them drizzled or loaded.

Let’s talk about dessert tacos, a sweet twist on the famous traditional Mexican dish that has already won the 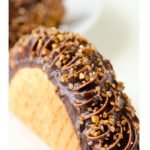 hearts of many. With an endless choice of outer shell options from cookies, crepes, pancakes, waffles, biscuit dough, etc., the filling is all up to your imagination. Consider everything from classic flavor combinations such as fresh fruit and a dessert spread, or more non-traditional like pumpkin pie. The sky’s the limit. 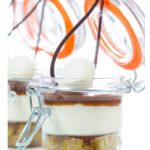 The concept of desserts served in mason jars has been around for several years, but its creative edge has increased as of late, housing portable goodies such as parfaits, cakes, pies, ice cream, cheesecakes, trifles, and puddings. You may design your own with the combinations of your preference.

Despite its name, this dessert is not the same concept as regular donuts, yet it’s just as simple and delicious. A donut cone is cinnamon-sugar covered dough baked in the form of a cone, and filled with soft serve. Not to be confused with Chimney Cakes, where the dough is baked in a cylindrical shape, donut cones are as pleasing to the palate as they are to the eyes!

Éclairs are a chic and classic treat in the patisserie industry, yet they have taken on a modern spin with Luxury 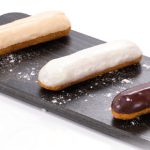 Éclairs. This new craze showcases the éclair in a more modern, colorful, and visually enhanced design, featuring high-end fillings and intricate decoration (and of course, they are still delicious).

The creaminess and sweetness of this heavenly yet simple-to-make treat will easily impress your customers. Brigadeiros are a traditional Brazilian dessert made of sweetened condensed milk, cocoa powder, unsalted butter, and chocolate sprinkles. In Brazil, they’re a must-have at celebrations of all kinds, and effortlessly make the perfect portable treat.