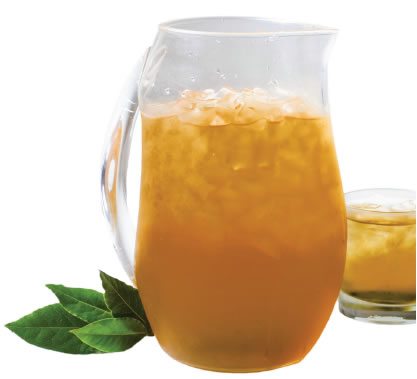 With global tea production far outpacing that of coffee, coffee has a foe in tea. For the first decade of the new millennium, tea saw a worldwide increase of 40 percent, while coffee production rose a mere 7 percent, according to the International Tea Committee and the International Coffee Organization. Euromonitor International states that global tea sales in 2012 were $40.7 billion and growing. Based on statistics alone, the forecast is sunny for tea.

Tea is a warm-weather evergreen with the botanical name Camellia sinensis. There are primarily six varieties of tea: black, green, oolong, white, yellow and post-fermented. Most fail to realize that the difference in varietals is due primarily to processing and oxidation levels, which in turn create variations in taste and color.

Black tea is generally more oxidized than oolong, green and white teas because of its full fermentation process. This in turn produces a much more complex yet recognizable strong flavor and smell. As soon as the tea is picked it is dried and heat-treated so the tea leaf cannot begin fermentation.

Oolong tea is picked very similarly to green tea but after being picked it is intentionally bruised by a shaking process. During the drying process the tea leaves are slightly fermented, resulting in a semi-fermented tea achieving only 12%-20% fermentation.

White tea is the least processed of all tea and is the most pure. It is made solely from the tea buds and the youngest tea leaves of the plants that are lightly steamed and dried, leaving a sweet and delicate flavor.

Yellow tea is processed very similarly to green tea, with the only difference being a slower drying time which allows the tea leaves to turn a yellowish color.

Post-fermented teas undergo fermentation for several months to several years, leaving them exposed to high humidity and oxygen levels. This in turn produces a tea that is not astringent or bitter but more thick and oily in taste and smell.

Tea is all-natural and is a renewable resource due to its quick and easy growth cycle. It’s refreshing, and free of sodium, fat or sugar. It’s used in food and as a natural way to reduce free radicals and minimize damage to the body’s DNA. If prepared at home, tea costs only about three cents per serving, therefore it’s both affordable and beneficial to good health.

A quick look at tea’s history reveals that the Chinese Emperor Shen-Nung is credited with its discovery by accident some 4,700 years ago after tea leaves were blown into a pot of boiling water. In the 1600s, tea became widely popular throughout Europe and the American colonies and played an integral role in the establishment of the United States of America. Increases in U.S. tea consumption in the early 1900s gave rise to the convenience of tea bags and introduction of iced tea trends consumers recognize today.

In today’s retail marketplace tea is without a doubt a trend that seems to have unlimited growth potential. Assisting to the tea trend are the additions of herbal teas to the mix, and an increasing interest in experimentation with food and other beverages, such as chai milkshakes and entrees such as duck smoked with Earl Grey tea. The full spectrum of tea flavors invites gastronomic experimentation. With the emergence of tea-infused waters, tea-based energy drinks, ice creams and alcoholic beverages, tea’s popularity appears unwavering.

With all of its intrinsic qualities, lifestyle adaptation and consumption trends, the future of tea in the U.S. appears to be boiling rapidly.