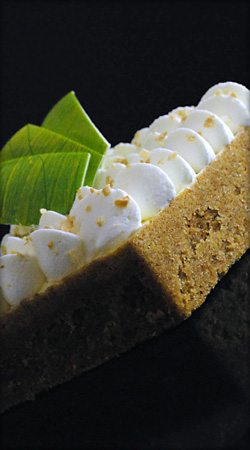 The perfect food of your dreams is back and better than ever. With nostalgia reigning supreme among culinary trends since the late 2000s, it was only a matter of time before pies came back into vogue. For one, they are exceptionally practical; for another, they are infinitely customizable and seasonal. As if you needed more reasons, they are enjoyed in almost every cuisine and appeal to nearly every palate. But the traits that make pies great may also work to their detriment, the reason they went out of fashion in the first place. Even the most perfect dish, when served frequently, will tend to get weary and uninspired if it doesn’t receive a jolt of innovation. Diners move away from old favorites and begin to wonder what else is on the menu, relegating once-beloved staples to “holiday only” status. Thankfully, some of today’s leading chefs are shining the light of their creative skills on bringing the noble pie back to celebrity status.

Before exploring the new directions that pies will be taking this year, let’s explore their history. Although pie is thought to be an American classic, it actually dates back to ancient times. In Egypt, hieroglyphics depict images of round, open-faced pastries. Later, around 200 B.C., the Romans adopted a method of cooking from the Greeks in which fillings such as goat cheese, nuts and meats were enclosed in a pastry shell. During Medieval times, a thick, tough crust made of flour and water was used to enclose meats, sauces and fillings as a type of cooking apparatus and was not really an edible part of the meal. With the introduction of butter, shortening or lard to the flour and water mixture, European pastry chefs perfected the art of the pie dough, creating both sweet and savory crusts that were enjoyed as much, if not more, than the fillings. Then as the settlers began making their homes in America, pies became a staple of colonial cooking because of their ability to hold their warmth long after being baked — the perfect hearty lunch for a worker. With different fruits, vegetables and meats available, new recipes were being created across each region, such as sweet potato in the South and blueberry in the Northeast, many of which have been passed down for generations and are still well-known today.

Fast-forward to the 21st century: pies have come a long way since their humble beginnings. There are so many different types of dishes that can be considered pies (see Fig. A)— the options are infinite, yet people still gravitate towards the traditional. The savory pot pie has found its way into the hearts of models and celebrities, being served at the Calvin Klein Spring 2011 dinner and other high-profile events. Fruit pies have hit the bridal scene as wedding cakes, groom’s cakes and even favors. There are mini pies (made in a tiny tin, jelly jar or a cupcake mold), as well as pie “pops” on a stick. The unmistakable shape, golden-brown crust with vents, lattice-work and fluffy meringues associated with pies have long been a symbol of Americana as a prolific motif found in fashion design, interior design, graphic design and fine art (most notably in the works of Wayne Thiebaud). We love them for so many reasons — they’re both beautiful and delicious, romantic yet accessible.

Sweet Pastry Crust – Made with flour, fat, water, sugar, salt and sometimes eggs. This crust can be used for single-crust pies, double-crust pies and turnovers. Pairs well with fruits, custards, nuts and chocolates. Must be cooked, either before or after filling; can be baked or fried. Served hot or cold.

Savory Pastry Crust – Made with flour, fat, water, salt and sometimes eggs. This crust can be used for single-crust pies, double-crust pies and turnovers. Pairs well with meats and vegetables, usually with a sauce, or with eggs as in quiche. Must be cooked, either before or after filling; can be baked or fried. Best served hot.

Puff Pastry (pâte feuilletée) – Made with flour, water, butter and sometimes vinegar. The dough has layers of solids (due to a process called laminating) that “puff” up with the steam generated while baking. Often used in French and European cuisine for a variety of sweet and savory pastries, including pies and turnovers. Must be baked, and can be served hot or cold.

Phyllo Dough (filo) – Made with flour, water and oil, rolled into tissue-thin layers that become very delicate and flaky. Often used in Greek and Middle Eastern cuisine for a variety of sweet and savory pastries, including pies and turnovers. Must be cooked; can be baked or fried; served hot or cold.

Crumb Crust – Made with cracker crumbs, cookie crumbs, cereals, grains, coconut or nuts, ground into a coarse or fine meal and bound together with fat. Typically used for a bottom crust, it can be sweet or savory and either baked, pan-fried or unbaked. Pairs well with ice cream, gelato, cream, mousse, chiffon, custard, meringue or fruit. Best served cold.

Double-crust – This type of pie is meant to encase the filling and keep it moist while baking. The top crust can either be a sheet of dough topping the whole pie (sealed around the edges with vents for steam to escape), or the dough may be cut into shapes and laid over the filling (ex: lattice).

Turnover (aka: calzone, empanada) – In this type of pie, the filling is completely enclosed by the crust, which is often folded around the filling and seamed at the edges. Can be baked or fried.

Single-crust – This type of pie has two variations: top crust only and bottom crust only. In the first variation, the filling is placed in a baking dish and then topped with either a pastry crust or a crumb crust (aka: crisp or a cobbler). In the second variation, the crust is underneath the filling only, showcasing the filling or allowing for a top-crust alternative such as cheese or a garnish such as whipped cream (aka: gallette, tart, open-faced).

This new interest in pies has been compared to the cupcake trend of the 2000s, the longevity of which is sustained even now (can you really get tired of cupcakes?) In fact, bite-sized pies could even be toppling some cupcake sales as many customers are delighted by a dessert (or meal) that is personal sized and seemingly made just for them.

Nation’s Restaurant News even predicts an increase in the opening of “pie shops” and highlights an example of a restaurant in New York City that has a “pie happy hour.” Perhaps one of the most unique features of a pie is that it must be handmade in small batches, allowing that extra attention to detail. The equipment and tools needed are standard to any kitchen, there are generally few ingredients, and the joy of perfecting the crust while experimenting with different fillings can last a lifetime. So get inspired, let your imagination run wild, and get your slice of the pie!

Note: Guess what other favorite dishes are technically pies? Pizza and cheesecake!