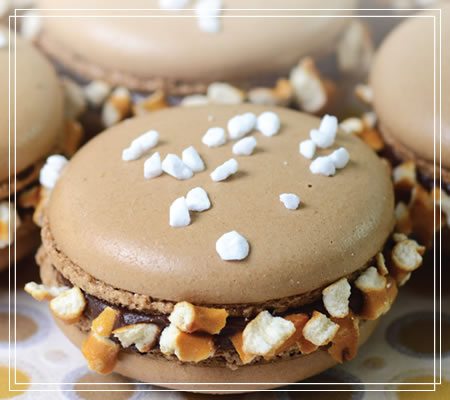 A morning break, an after-lunch sweet, a midafternoon or late night occasion, the opportunities for snacking are as numerous as the treats available to satisfy
any craving. While snacking used to be viewed as a weakness, it is now part of routine life and one that many nutritionists encourage for an active metabolism. This new paradigm has got snack manufacturers focusing on research and development for new snack products with an emphasis on health in order to satisfy the needs of the market.

Snacking by the Numbers
Eating habits are changing at the same pace as social media; “It is as if our social media habits are going right into our stomach” is the metaphor used by USA Today. In the report the newspaper published called, “Snacking in America,” the NPD Group reveals that nowadays, one out of every five eating occasions is a snack. Another study, “Snacking Occasion Consumer Trend Report” from Technomic, shows that 48 percent of consumers snack at least twice a day, compared to 25 percent in 2012. According to the same report, there has been a three percent increase in out-of-home snacking during the past two years, with about 30 percent of consumers snacking outside the home. Not only are modern consumers snacking more often than before, but they are also snacking more and more away from home.

The future of snacking appears to be optimistic. Mintel forecasts a rapid growth of 23.8 percent in this market from 2012 to 2016, due to a stronger economy coupled with changing consumer attitudes toward snacking. By 2016, sales for the snack category are expected to reach $22.9 billion.

Spotted: Snack Menus in Restaurants!
According to the NPD Group, people with the healthiest diets are the ones who snack the most. This trend signifies real opportunities for quick service restaurants, the market leaders in the snacking category, which are focusing on developing better-for-you solutions. Arby’s, for instance, is currently testing a newly inspired Snack n’ Save menu, Del Taco is considering a line of fresh fruit tortilla roll-ups and Pizza Hut is looking into fruity pizza sticks. According to Mintel, quick-service restaurants rank highest in snacking usage and frequency, with 69 percent of customers saying that they visited a fast-food restaurant for a snack in the past month and reporting an average of 2.7 visits. The next most frequented snack destinations are coffeehouses, bringing in consumers 1.2 times per month. National chains rank first in the snacking category by offering a variety of bites, wraps, smoothies, salads and other small-portioned items that are great for on-the-go consumption.

A recent Technomic survey also states that more consumers are ordering snack items off restaurant menus. Restaurants are now responding to this snacking trend by claiming 29 percent of consumers’ snacking occasions, up from 22 percent in 2010. Setting aside the main menu categories of appetizers, entrées and desserts, menu items containing the words “snack,” “snackable” or “snacker” have increased considerably. In the last four years the number of snack foods on restaurant menus has exploded 170 percent, and that growth is expected to continue to skyrocket.

In response, food businesses from the big brands to the small shops are exploring this new area. Retailers have long dominated the snack market, but Technomic’s latest studies conclude that restaurants are gaining a share of the pie. In today’s competitive marketplace, both segments must innovate with appealing offerings to help them gain a greater market share.

The Future of Snacks
Snacks have traditionally included simple items such as chips, cookies or crackers. Today’s “snack,” however, encompasses beverages including smoothies, milkshakes, mini-meals or sharable items, yogurt parfaits, fruits, nuts, wraps, cheese plates, etc. Consumers are interested in something that tastes different, is authentic and novel. The idea for manufacturers is to take an authentic ingredient and include it in a snack that people can consume easily and perhaps without feeling guilty. Experimenting with texture is also a great way to make products stand out. Unique flavors and textures boost the product appeal and attract new consumers. Salty, sweet, creamy and crunchy cravings are the most popular in the snack category. Since snacks are an easy way to deal with immediate hunger, they also have to address convenience and speed of preparation.

Better for You & Indulgent Solutions
The evolution of consumer perceptions towards snacks has a big impact on the industry. Brands are facing a contradiction: customers are looking for better for you and indulgence in snacks at the same time. The report “State of the Snack Industry” shows that the demand for healthier snacks grew eight percent from 2005 through 2009 vs. an eight percent sales decline in the same period for the indulgent snack options.

For 32 percent of consumers, snacks are part of an important healthy eating plan throughout the day, but over 60 percent also want to eat snacks just for enjoyment, not hunger. Recent statistics from various researchers confirm that about 39 percent of consumers say they eat snacks to satisfy a specific craving, 29 percent want immediate hunger satisfaction and 53 percent select their snacks based on taste rather than health. Despite this contradiction, there is still a greater focus on healthy snacking. According to Innova Market Insights, nearly 60 percent of snack launches in 2011 had some kind of health positioning.

Snacking taps into basic human needs by providing a social activity between peers, as a way of rewarding oneself and giving consumers a break from monotony of the day. Snacking as we know it is continuing to evolve, driven by a consumer desire to try new and exciting concepts. The “snackification of everything” will gain more and more importance as a trend in the food landscape. This evolution will impact traditional snack makers and businesses will need to react fast to remain competitive while responding to the demand for healthy, convenient and bold-flavored snacks.