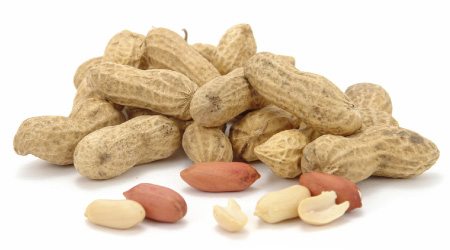 Peanuts are the preferred nut of Americans and they are everywhere! Americans consume over 600 million pounds of peanuts annually, according to The National Peanut Board, but how much do they really know about them? Peanuts can be described in a plethora of ways. Legume is the most technical option, given that the pod usually contains two seeds, the shell does not open on its own, and the seeds are not attached to the ovary wall. These are all factors which technically make the widely popular peanut a legume as opposed to a nut—classifications some people either confuse due its simple moniker, peanut, or are simply not aware of despite the overwhelming popularity surrounding this multi-faceted food.

The second descriptive alternative would fall along the lines of healthful—a fitting interpretation for a fantastic number of reasons. Whether enjoyed as a healthy on-the-go snack, an ingredient in a savory dish, as a buttery spread, or a fun, ever-faithful bar staple, peanuts offer their consumers essential amounts of niacin, folate, vitamin E, and dietary fiber, among other vital nutrients. According to the National Peanut Board, these four elements provide the following health-boosting properties to consumers:

Furthermore, based on reports from the American Peanut Shellers Association, peanuts provide the best source of concentrated protein in the plant kingdom, and are classified in the USDA Food Guide Pyramid with meat, fish, poultry, dry beans, eggs and nuts because of their high protein content. Significantly, a one ounce serving of peanuts provides 7 grams of protein, while two tablespoons of peanut butter contains 8 grams. As an added bonus, peanuts are plant-based, so they do NOT contain cholesterol or some of the saturated fat that is found in animal-derived sources of protein. In fact, peanuts contain a much higher percentage of the “good” unsaturated fats than saturated fats.

Botanically, the peanut is known as Arachis hypogaea—hypogaea meaning “under the earth,” which gives validity to the peanut’s other moniker, “ground nut,” since the peanut pod usually develops underground to bear mature crop. Additionally, peanuts are also known as earthnuts, goober peas, monkey nuts, pygmy nuts and pig nuts.

Thousands of cultivars of the peanut are in existence, which offer differences in taste, oil production, disease resistance, size and shape. However, the Valencia, Spanish, Runner and Virginia categories are the most popular for use in the commercial processing of roasted, boiled or candied nuts, and peanut butter.

Though the peanut itself is small in nature, the abundance of culinary uses it offers is quite enormous, since aside from its physical uses as a crunchy coating for poultry and fish, and the flavorful base seasoning that the peanut provides for soups, stews, and sauces, the busy legume also enjoys plentiful employment in the creation of candies, pastries and desserts. Furthermore, while peanut flour increasingly gains industry recognition for its high protein value, peanut oil has already become a fundamental staple in the culinary world.

The Peanut Institute states that peanut oil is one of the healthiest vegetable oils there is, given that it is naturally trans fat-free, void of cholesterol, and high in unsaturated fats, especially monounsaturated fat, like that of olive oil.

Moreover, restaurants and fast-food chains utilize refined peanut oil a great deal. It is free of the allergic protein component, providing a non-allergenic cooking aid. Generally, peanut oil is a perfect choice for healthier frying because it can be heated to a higher temperature than other oils, which creates a crispy outside with a moist inside, and results in lower oil pickup.

The American Heart Association states, “Most of the fats you eat should be the ’better’ fats – monounsaturated or polyunsaturated fats.” Items like vegetable oils (canola oil, olive oil, peanut oil and sunflower oil), avocados, nuts, seeds, and seafood are recommended sources of these positive fats.

These small capsules of good stuff have the ability to add light, nutty flavor and loads of nutrition to any basic or exotic dish, and taste great on their own. They are filling treats that also aid in weight loss. With characteristics like those, peanuts are sure to enhance the positive benefits of an overall diet while impressing even the most finicky of American palates.