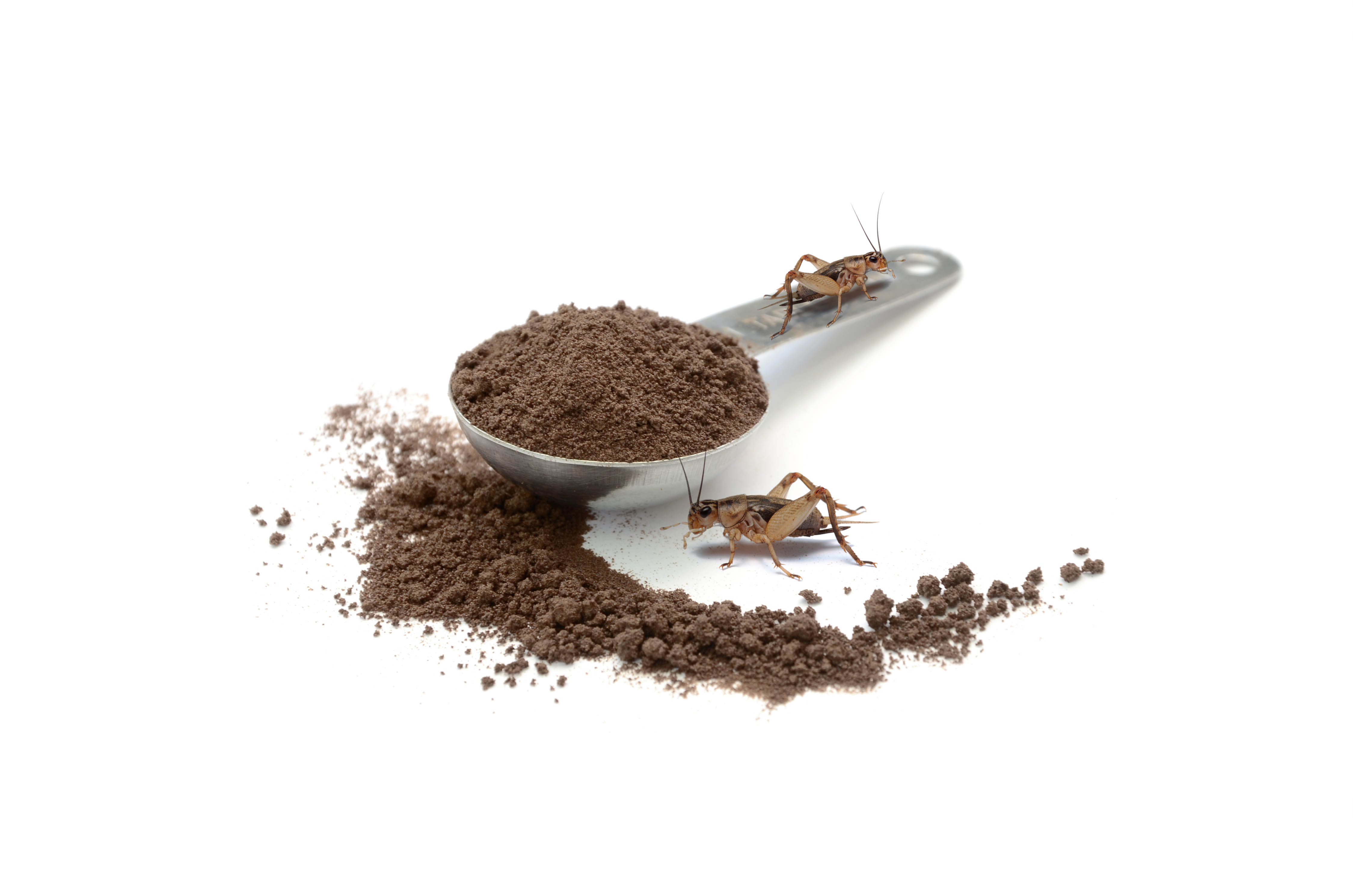 As humans, we are always trying to evolve and create – in the kitchen especially. The inspiration to take a dessert to the next level is always a challenge, though satisfying when the results are successful! Besides going for the usual ingredients, why not try something a bit more unconventional? Really get into the depths of Mother Nature and explore the advantages of using insects as a dessert super ingredient.

For thousands of years, humans have eaten insects not only as a source of food, but as a great source of protein. This practice of eating insects is called entomophagy, according to th

e web resource insectsarefood.com/what_ is_entomophagy.html, which highlights the nutritional value of insect consumption. Based on their de nition of entomophagy, this scientific term derives from the combination of two Greek words: éntomon, meaning insect “cut in two” (referring to an insect’s segmented body) and phagein, “to eat”. In certain countries around the world such as Thailand, Vietnam, Mexico, and Colombia to name a few, insects are considered part of everyday meals. Alternately, other countries have introduced bugs into cuisine through different products where a variation of flavors “mask” the taste of the insects used.

It is true that there are thousands of insect species in existence universally. However, it has been documented that the most popular insects eaten around the world are: crickets, grasshoppers, ants, scorpions, tarantula, and a variety of caterpillar species, also referred to as worms, such as the Mopani worm, silkworm and waxworm. Adding insects to your recipes can boost nutritional value, as they are a great source of iron, thiamine, niacin, and vitamins B1 and B3. Insects are also low in fat and encompass an ample supply of protein. For example, crickets contain approximately 21 grams of protein per 100 grams of cricket. These statistics show that insects can be great for innovative culinary usage, such as incorporating them into desserts.

Cricket our is a trending dessert ingredient that is increasingly growing in popularity. According to a UN Report, this our is rich in protein, fiber, vitamins, minerals, and healthy fats. Krista Scott-Dixon, from Precision Nutrition talks about her experience using this our and trying it for the first time; she compared it to the taste of “toast crusts”. Krista mentions the following recipes created by Jay Grenci, food photographer/videographer for precisionnutrition.com. Using this our, Grenci produced treats such as Cricket Banana Bread with Coconut Icing and Spiced Cricket Flour Cookies. These recipes highlight only a small percentage of ways this insect-based our can be used to create delicious desserts.

Bitty Foods, a manufacturer of cricket-based our, has successfully assimilated their base ingredient into recipes that can easily become part of a menu of breakfast options that include delicacies such as biscuits or Lemon-Poppy Seed Buttermilk Pancakes. And they have also concocted more sophisticated recipes reflecting a fancier concept such as Apricot- Tarragon Cocktail Cookies.

Undoubtedly, cricket our is increasing in popularity as a food ingredient, though many may wonder why such a seemingly unappetizing critter is rapidly becoming part of American cuisine. It could be due to several reasons. The Gates Foundation and the United Nations believe that insects could be a superfood of the future, and more than 25 startup companies have developed over the course of the last ve years. Factor in the nutritional value of bugs, and current transparency and clean eating movements trending among consumers, and the case for insect inclusion in recipes gains momentum.

Bugs-as-food-based businesses have created health bars using cricket our, i.e. Chapul, the company behind the self-proclaimed original cricket bar. Utilizing their own cricket our, the company showcases the versatility of the protein-rich our in protein bars with different flavors like matcha, coconut, ginger, and lime. Other brands are following their steps and providing different flavor options of protein bars to health enthusiasts.Different concepts for the use of cricket our are endless. The website cricket ours.com, dedicated to dessert recipes that use cricket our, offers a wide variety of recipes that are useful and tasty, another testament to the practicality of the insect-based ingredient.

Besides desserts, the world’s greatest chefs have incorporated insects into savory dishes, but even more daring into drinks. Chef Rick Bayless created a Worm Salt Margarita, a mescal cocktail rimmed with sal de gusano, and an Oxacan chile-salt with pulverized toasted maguey worms. Even well-known brands have included insects in their gastronomic repertoire. According to Esquire UK, Grey Goose, creators of the world-popular vodka, establis

hed a partnership with the most exclusive bars in London in order to create The Grey Goose Entomology where they include different insects in their unique drinks. The process includes freezing a live cricket, and then whipping its body into syrup with a mixture of cayenne and paprika.

Remaining on the topic of cold recipes, icecreamscience.com shares their Caramelized Insect Ice Cream recipe, where the crickets are the main ingredient providing a great source of protein and a unique flavor to the equally unique dessert. Additionally, in 2015, representatives of the publication The Economist implemented a different kind of marketing campaign where they traveled around London offering people free ice cream in four different flavors that were infused with insect-based ingredients. These flavors included Scurry Berry (elderberry and raspberry) containing mixed insect bits; Choc Hopper, which had added chunks of grasshopper; Strawberries and Swirls accompanied by meal-worms; and Nutritious Neapolitan, including “mixed critters”.

Being that insects lend so many wonderful nutritional qualities to an array of desserts and beverages, and have the proven potential to become an all-around superingredient in the culinary industry, the question remains how all consumers will come to accept insects being in the food they eat (despite the common knowledge that critters are mixed into many of the processed foods we eat). To some manufacturers in the bugs-as- food industry, the answer is simple – getting past the “ick” factor.

… this species of bug is the most likely critter to be generally accepted as consumable by the masses.

In terms of crickets as food or food ingredients, Aaron Dossey, PhD, founder of All Things Bugs, the country’s largest supplier of cricket powder, believes this species of bug is the most likely critter to be generally accepted as consumable by the masses. For those utilizing them as ingredients, crickets are easy to grind down into a powder that can be incorporated into recipes. The goal is to incorporate insects into foods without the consumer actually noticing it.
Ultimately, baked goods, savory dishes, and beverages have all been enhanced with the inclusion of insects, which helps to make the idea of incorporating them into modern day cuisine a feasible concept. Nevertheless, it’s important to remember to secure insect-based ingredients such as cricket our from a notable supplier as best practice to keep your business hopping in an innovative and safe direction.