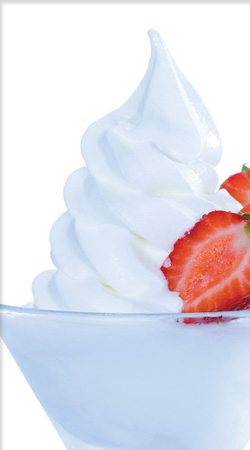 Many followers of the frozen yogurt movement believe the tangy dessert is a new product; however, few realize or recall that it has been around for quite some time. According to Valerie Killifer, editor for Fast Casual magazine, this healthy treat was introduced by TCBY over 25 years ago. Since its launch, frozen yogurt has experienced more ups and downs than an amusement park ride. But lately, the market has seen several concepts based on frozen yogurt emerge and the forecast seems to predict an accelerated growth.

A study released in 2008 by Mintel reported that 34 percent of the people enjoying a frozen dessert chose frozen yogurt as their dessert of choice. The report also forecasted that the market for novelty frozen desserts, including frozen yogurt, would grow 15 percent from 2008 to 2012. Entrepreneur.com featured an article in January 2008 which also echoed Mintel’s research and stated, “It should be no surprise that frozen yogurt has become the most competitive category in the industry, replicating the exciting period in the late 1970s and early 1980s when ice cream shops and packaged ice cream manufacturers were falling over each other in the rush to bring their own frozen yogurts to market.”1 While frozen yogurt is on the rise and has a long history, it is not exempt from the new challenges all yogurt products are facing, which is defining what yogurt is and what it’s made of. Here is a look at the basic concept behind this healthy treat and legal aspects involved when defining frozen yogurt.

By definition, frozen yogurt should contain probiotics, which are bacteria naturally occurring in, or added to, food. This component defines the flavor that sets frozen yogurt apart from other frozen desserts. The Michigan Dairy Review states, “Thus, the National Yogurt Association has established criteria for live and active culture yogurt in conjunction with its ‘Live and Active Culture’ seal program…Frozen yogurt products must contain 10 million organisms per gram of the product at the time of manufacture… These levels are based on research involving clinical studies. In case of heat-treated yogurt, these organisms are killed due to post-fermentation heating.” The unique tart flavor of frozen yogurt is derived from the strains of Lactobacillus Bulgaricus, including yogurt strains, Streptococcus Thermophilous and Lactobacillus Acidphilus. It is the Lactobacillus Bulgaricus, a friendly bacteria, which helps digest food and produces the typical yogurt aroma during the fermentation process. 2 According to Harold McGee, author of On Food and Cooking – the Science and Lore of the Kitchen, “This bacteria converts the sugar in milk, lactose, by consuming it and excreting lactic acid as a waste product, producing a safe and edible product known as yogurt.”

Although these components don’t sound appetizing, the probiotics include all the strains of bacteria found in yogurt, which are harmless and promote healthy digestion.

In addition to the National Yogurt Association’s classification, each state also defines, controls and regulates the composition, production and marketing of every consumable product sold, and frozen yogurt is no exception. Here are a few of those regulations:

For those considering opening a frozen yogurt shop or adding it to an existing product mix, understanding and continuing to research the state laws is very important before opening. For further clarification, consult the Food Code site for your state. Within this code will be the rules, regulations and definition of terms that will govern your individual food service operation. Many of the guidelines and definitions set by state legislature and even the steps in making frozen yogurt are online and should be a stepping stone for building a business. Don’t let all the logistics thwart progress, as it is a very profitable business if done right. Carolyn Archer, president of Operations for Beautiful Brands, a Tulsa, Oklahomabased parent company that creates and launches business concepts says, “The public is ready for a reinvention of frozen yogurt…The whole idea is light, refreshing and reinvents that new wave of yogurt shops that’s going to hit the country.”2