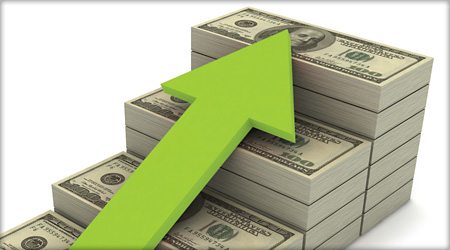 When buying milk at the supermarket, have you ever thought about how the price of that carton of milk depends not only on the amount of milk from the cows, but also the cost of the grain to feed the cows, the right weather needed to grow the grain and the cost of fuel to run the machinery that harvested that grain?

Luckily, most of us don’t have to worry as changes in crop prices don’t always affect shelf prices, but being aware of food costs and forecasts can help prepare your business for any situation. Some of the commodities listed below might play a role in your day-to-day business, but please remember that a forecast is just that – a prediction that can be influenced by a number of factors, including economy, weather and consumer demand.

In the midst of an economic recession, demand for dairy in the U.S. has decreased, causing an excess of milk and its byproducts. Lower prices mean good news for consumers, but not for farmers. Powdered skim milk, processed dairy products and even whole milk have all fallen in price recently. Another factor affecting the surplus of milk is a slow demand from foreign buyers due to the global recession.1

In 2008, the sugar industry seemed to be in trouble. In addition to an explosion at a U.S. refinery, other refineries dealt with a reduction in the number of sugar beet acres planted in the Midwest states as farmers turned over their land for more promising crops, such as corn, wheat and soybeans. The price of raw cane sugar decreased, which led to money lost among cane sugar producers, but money saved among consumers. The future of the sugar industry is uncertain as American consumers look for healthier alternatives and the demand for traditional sugar has decreased.2

For the next few months of 2009, the average farm price for wheat is projected to remain stable. This is due to a number of factors, including high extraction rates from the previous year’s crop. On the other hand, coarse grains, which include corn, barley and oats, will most likely increase in price. The season average soybean price is projected to increase slightly, but soybean oil prices will decrease slightly.3 It’s not just the U.S. economy that affects these crop prices; corn, wheat, soybeans and pork exports are expected to decline due to the state of other countries’ economies.4 In some cases, a surplus can drive the U.S. consumer price down, but in other cases, a surplus can cause difficulties for farmers who need high prices and profits to support their production.

After higher feed and operating costs caused an increase in beef production costs last year, beef prices recently decreased as consumer demand waned, which influenced retail prices. Both pork and poultry have decreased in the recent months, but are still above averages from 2007. What does the USDA predict? As feed and energy costs decrease, retail meat prices should stabilize.5 Another decrease to look forward to is the price of eggs, which increased recently, but is still below costs this time last year.6

Fresh fruit weighs in on both sides of the scale; some fruit prices have decreased, such as apples and citrus, while others, such as bananas, have increased. Overall, fresh fruit prices are predicted to fall, but fresh vegetable prices will continue to increase with the exception of tomatoes.7 As food costs ebb and flow, ice cream and related products are costing consumers more than ever, but as industry research has showed us, that hasn’t stopped the cravings.8 Remember that these forecasts can be influenced by any number of items in the U.S. and abroad, and staying up-to-date is important when following food costs. For more information, visit the United States Department of Agricultural (usda.gov). Learning how to buy local products is a great way to cut some of your own costs; for more information, see the Slow Down and Eat Smart article.