“Chi le, mei you?” is the universal question the Chinese ask when checking in with each other. It literally means “Have you eaten?” Food is of paramount importance around the world – not just because of our fundamental need to consume it – but because of the cultural and societal connotation it is given. Just as Americans have different dining traditions and habits – the rest of the world has its own. So if you haven’t eaten today, you’ll enjoy a fresh perspective next time you enjoy a meal after learning how unique and peculiar some traditions around the world are.

Since dining is a social activity practically everywhere around the world, greetings are part of the experience and have drastic differences depending on where you are. Have you ever been introduced to someone while being abroad? How about that uncertain moment when you’re supposed to greet the other person with a kiss on the cheek? How about two or three kisses? Left cheek or right cheek first? Oh, the awkwardness.

In Russia, for example, the typical greeting is a very firm handshake – assume you’re trying to crush each other hands while maintaining eye contact. However, in Arab countries, handshakes are less strong but last longer and in addition, close male friends or colleagues hug and kiss each other’s cheeks. In Hungary, the most common greeting is to kiss from your right to your left, although when men meet for the first time, the casual norm is a firm handshake.

Asian countries tend to be more conservative, for example in Japan the bow is preferred as opposed to giving a casual handshake or hug. Chinese tend to be even more conservative since they simply nod and smile or shake hands if in a formal situation. European traditions also vary. In Belgium, people kiss on one check when they meet, regardless of the gender or how well they know each other. On the other hand, the British simply say hello when they meet friends and only shake hands when they meet for the first time.Although many greeting protocols are more lax for travelers, it’s definitely a good idea to do some research before visiting foreign lands.1

Dinner Time
Assuming you survived the greeting, you may sit down and enjoy dinner, unless you’re in Greece or Egypt, where you should remain standing until you’re shown a seat. You should also be aware of the time you show up, gifts you bring and the clothes you wear. Here are some of the world’s most unexpected table manners:

France: It’s considered rude to cut the lettuce in salad. In many European countries, salads are meant to be folded and eaten with a fork. You should also keep both hands always visible; otherwise guests can assume you’re playing with the legs of your dinner companions.

Brazil: Always overdress for the occasion. Showing up to a dinner or event in style is always admired, so avoid underdressing.

Mexico: It’s actually ok to be late. Always aim to be 30 minutes late in social circumstances, since your host is very likely to still be getting ready for the event.

Bulgaria: Stay away from bringing yellow flowers, they symbolize hatred.

England: Bananas should be eaten with a knife and fork, a custom that dates back to the 19th century when this fruit was viewed as an exotic treat.

Germany: Potatoes should be smashed and not cut with a knife. Although it is rude to do so, there’s a good reason to smash them since it allows room for more gravy!

Japan and Korea: Tipping after a meal is offensive since it’s seen as begging. However, this custom is becoming more relaxed as more Westerners keep visiting these countries.

Austria: Make eye contact with every person you clink glasses with during a toast.

Tanzania: Drinking beer from the bottle is considered rude – it should always be poured into a glass. Also, don’t expose the sole of your foot when eating on a mat or carpet since it’s also considered impolite.

Portugal: Bringing wine to a hostess is considered an insult.

Egypt: Avoid salting food. The person who cooked the meal will be insulted since he or she has intended for the food to taste the way it does. Also, it is customary to keep pouring tea into a cup until it spills over into the saucer.

India: Eat with your right hand only. Utensils aren’t used, so using your bare hand or chapatti bread to scoop food is ok. It’s also common to see friends grabbing food from each other’s plates. Furthermore, it’s rude to give things to people or hold certain things with your left hand, including money and your wallet. The left hand is allotted for all personal cleaning activity. Westerners have reported how challenging it can be to only use the right hand for all the appropriate activities – especially lefties.2,3

There are also certain policies regarding belching, clearing your plate, refills and slurping:

Belching: In some Far East countries such as Taiwan or China, light burping is actually considered a compliment to the chef or host. Conversely, in other countries such as Chile, you’re expected to eat quietly and neatly – belching and other noises are considered rude.

Clearing your plate: In Russia or China, leave a little food on your plate – it means that your host has been generous and has provided enough food. However, when in India and the Philippines, not clearing your plate is rude and wasteful.

Refills: In France, you will always be provided with wine refills, so if you want to stop drinking, you should leave your glass almost full. Also, don’t even think about refilling your own glass of water in China. The host or another guest will do so, similarly you will be expected to reciprocate and fill someone else’s glass.

Chopstick usage: Avoid pointing your chopsticks at another person, waving them around or skewering food with them. Eastern countries expect chopsticks to be used for eating only and when you put them down, they should never be placed inside a pile of rice – they should be placed on either a chopstick rest or on your plate. 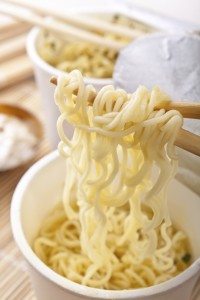 Slurping: When eating ramen in Japan, you’re expected to slurp enthusiastically. Be careful though, as it’s easy for the ramen to end up all over yourself if you overdo it.4

Expect to find differences wherever you go! Even though globalization and traveling have made all the dining protocols more lax in several countries, and locals may understand if you make a mistake, we should all make an effort in becoming more culturally aware and respectful. For some extra fun, next time you’re in good company, try eating with your right hand only, refilling each other’s glasses or greeting each other by saying “Have you eaten?”

Resources and Further Reading:
1Greeting Customs around the World: A guide through various interesting gestures and greeting cultures. Retrieved May 13, 2013 from http://www.moveoneinc.com/blog/relocations/greeting-customs-around-the-world/

4Robinette, R.Table Manners around the world. Retrieved June 16, 2013 from http://www.examiner.com/article/table-manners-around-the-world