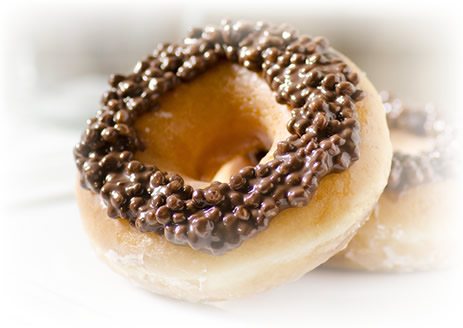 As the holiday season comes to an end, having indulged on every dessert from Grandma’s pumpkin pie to the neighborhood bakery’s decadent treats, take a moment to reflect on some of the world’s most celebrated sweets, both old and new. 2013 was a signature year for desser t comebacks, bringing back some of the world’s age-old favorite treats, revealing that consumers aren’t quite ready to let some things go.

During 2013, the most publicized dessert comeback was that of the Hostess Twinkie. Hostess even named their re-launching campaign “The Sweetest Comeback in the History of Ever.”TheTwinkie is an iconic snack so full of nostalgia and childhood memories that the mention of it disappearing drove people onto social media to proclaim their love for the Twinkie and to request that something be done. Much to the delight of millions, the Twinkie is back on the shelves and will remain there for years to come.While theTwinkie was not reinvented in the comeback, it shows the power of nostalgia on our taste buds.

There have been several other desserts making comebacks this year without huge publicity or the help of social media. Let’s take a look at a few of them:

Donuts: While donuts have been around in one form or another since the beginning of civilization, it was Americans that took this tasty treat and made it into an everyday food. From the invention of the first automated donut machine in 1921 by Adolph Levitt to the introduction of premade donut mixes to the birth of the donut chain store, this delightful dessert became commonplace. Despite the ubiquitous love of donuts, the dessert has shown a decline in sales over the past few years, as reported by CSP Daily News. Perhaps this wane in popularity is what sparked the culinary creativity of many donut shops and pastry chefs to play with flavors, toppings and concepts to redesign the humble donut. From the Dunkin’ Donuts’ Glazed Donut Breakfast Sandwich to the standard wacky cereal, cookie and bacon topped creations at Portland’s Voodoo Doughnut there is a donut creation for anyone and everyone.There are now even popular DIY donut kits, making it easier to feed a donut craving anytime in the comfort of your own home.

Popcorn: Although it has been a movie theater staple since the arrival of talking films, popcorn has recently grown in popularity, becoming the snack of 2013.With gourmet popcorn shops popping up everywhere, from brick and mortar locations to online shops, mouthwatering, flavor-filled concoctions are readily accessible to fill any craving. The shops offer more than the standard plain, buttered, cheddar and caramel flavors – you can find everything from chocolate to grape to dill pickle flavored popcorn. Orlando’s Kernel Encore Gourmet Popcorn Shop boasts over 230 varieties of flavored popcorn with the promise of originality and creativity. Gourmet popcorn has added sophistication to the popcorn of yesteryear, making it a new popular trend to give as wedding favors, in addition to corporate gifts, holiday gift baskets and school fundraisers.The possibility of adding a touch of individuality and fun ensures that you can’t eat just one handful.

Frozen Pops: As a child, the sounds of the ice cream truck brought visions of Firecrackers, Screw Balls and Push-Ups to mind. Children flocked to the corner to meet the truck and purchase pure and utter delight! This past summer, frozen pops continued to explode onto the scene with a grownup twist, allowing adults a chance to travel back to a simpler, more carefree time. Some restaurants featured liquor-infused frozen pops swimming in chilled cocktails or glasses of wine, while others served the infused frozen pops straight- up. SnöBar, a creation born out of Eddie Masjedi’s inspiration, offers alcohol-infused frozen pops and ice creams, each with the equivalent alcohol percentage of a full cocktail. These superior quality delights are available in liquor stores, resorts and restaurants in select states throughout the country.There is a part of each of us that longs to relive happy memories, and these reinvented frozen desserts provide the nostalgia to make that possible.

Puddings: Since the Jell-O brand launched its instant chocolate pudding in 1936, pudding became a staple dessert in many homes and restaurants alike. While for years pudding seemed to remain a pretty simple, basic dessert, it is very versatile and, as of late, proven to be anything but ordinary. Pudding desserts can be creamy and comforting, or decadent and indulgent. The past few years, many restaurants have been adding new and “fancier” versions of this classic dessert to their menus. As such a versatile dessert, pudding allows chefs to take a traditional dish and showcase their creativity with new flavors and textures to delight the taste buds. Brio Tuscan Grill offers a Butterscotch Pecan Bread Pudding which adds a modern spin to this old-fashioned dessert. Pudding lovers can find a rice pudding paradise at Rice to Riches in SoHo.This delightful shop opened a decade ago as a novelty all rice pudding shops offering over 20 flavors of rice pudding, much like an ice cream shop has a variety of ice creams. Since opening, they have seen nothing but growth and plan to open another location in the near future as the pudding craze continues to grow.

All of these desserts have a way of transporting us back in time, offering us the opportunity to hang onto happy memories.With endless possibilities to reinvent classic desserts, let’s hope that chefs and home cooks alike continue to get creative in the kitchen. When innovation and nostalgia come together as one, it leads to a great year of comebacks.