Health-conscious consumers make up a greater share of today’s market. This raises a necessary concern among chefs and food establishment owners, as there is a constant battle of producing delicious desserts and baked goods while cutting calories and increasing nutritional value. While this task may seem daunting, there are excellent substitutions on the market that help make foods more nutritional while maintaining great flavor.

A big hurdle dessert connoisseurs face is sugar. Whether for dietary reasons or simply by choice, more and more consumers are moving towards a low-sugar to sugar-free diet. Trying to satisfy sugar-free consumers without compromising the great flavor of a dish can be quite a feat. For many, the standard sweetener alternatives are Stevia, Truvia® and Splenda®. Surprisingly however, there are many all-natural alternatives to granular sugar and its artificial substitutes. From honey to juice concentrate to maple syrup, sugar substitutes are more prominent than ever, but require a basic understanding to find success in the kitchen. 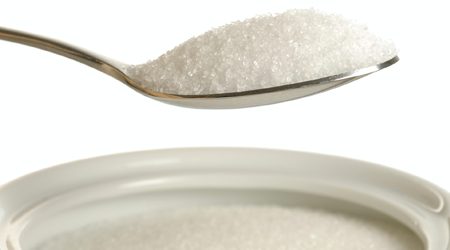 Agave Nectar
Similar to honey in taste and texture, agave nectar comes from the agave cactus plant. It is often found as a sugar replacement in cereals, yogurts and tea, but can also be used in baked goods. According to Canada’s Best Health magazine, this all-natural alternative is sweeter than table sugar, and while it’s similar to sugar in flavor, it actually has more in common with honey. It is ideal for sweetening beverages because it dissolves well in liquids and is not only found as a substitution for sugar, but for honey too. However, Best Health magazine warns that substituting agave nectar in baking can alter the texture of the dish, so it requires some trial and error.

Brown Rice Syrup
Brown rice syrup resembles caramel or butterscotch in flavor and color, and is the result of brown rice soaked and cooked into a thick liquid. Although it has fewer calories than sugar, it is less sweet so some recipes may require the use of more, which can increase the calories in the dish. Livestrong.com suggests using this mild substitute in coffee or drizzled over yogurt – but to use caution for baking as it has a tendency to make baked goods tougher.

Honey
The delicate sweetness of honey lends itself as a delightful topping to pastries, beverages and even savory items, but many don’t realize it can also be used as a sugar replacement. Honey is often thought of as healthier than sugar, thanks to its natural energy boost and ability to remedy sore throats and other illnesses. When it comes to baking, Melina Kelson, instructor at Kendall College and Certified Master Baker, shares on Bake.com’s Baker’s Workbench that “honey is a really, really nice accent to spices such as cinnamon … its natural flavor doesn’t compete with them but rather it gives a nice enhancement.” But, take note that honey doesn’t contain many more nutrients than sugar and has approximately the same amount of calories. While it’s an excellent substitution for sugar, use with caution as it can be just as bad as for your health as regular sugar is.

Coconut Sugar
According to Dr. Oz, coconut sugar is coconut sap that has been dried and crystallized into an all-natural sweetener. It holds nutritional value thanks to the vitamins found in it and can even help stabilize blood sugar. An interview with Chef Lily Chang, pastry chef at the Santa Clara Marriott in California, revealed that she tried making sweet dough by replacing 50 percent of the white sugar with coconut sugar. The result, she says, “was very nice, the dough itself became really elastic. It gave the bread more flavor and the texture was fluffier than it is when using 100 percent white sugar.”

Maple Syrup
Maple syrup is most commonly known as the delicious topping to a stack of pancakes, but it is also a healthy sugar substitute, thanks to the antioxidants found in this sticky substance. It’s about three times as sweet as table sugar but with fewer calories, and according to maplesyrupworld.com, has a low glycemic index, making this the perfect substitute in recipes requiring low levels of sugar. However, keep in mind this is not a sugar-free substitute, as maple syrup does still contain sugar. As with most sugar alternatives, experimenting is recommended to ensure the desired flavor and texture is achieved.

Molasses
Molasses is a thick, dark brown syrup that is less refined than table sugar. Since it is created while sugar is being extracted from sugarcane, it does contain the rich nutrients of sugarcane juice, making it a healthy sugar alternative. A sweet syrup with caramel flavor notes, molasses is a popular alternative to brown sugar in baked goods and other desserts.

While sugar substitutes can help cut out calories, they should be tested in recipes just like any alternative. Jack Duke, national sales manager, PreGel AMERICA, warns that using sugar replacements does require caution, especially in frozen desserts due to their ability to change the texture of the finished product. Although the sugar hurdle will remain for years to come, more and more all-natural alternatives are being discovered, yielding more possibilities in the eyes of chefs and bakers across the globe. 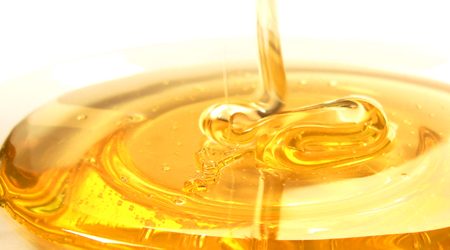 Replacing Sugar with Healthier Alternatives in Recipes:
Agave Nectar
Use 2/3 cup of agave nectar for each cup of table sugar used. Be sure to reduce overall liquids in the recipe by ¼ cup.

Brown Rice Syrup
Use 1½ cups of brown rice syrup for each cup of sugar needed.

Coconut Sugar
Can be used as a 1:1 sugar substitute, but coconut sugar is not as sweet as table sugar so the recipe may require more.

Honey
Use ¾ cup of honey for every cup of sugar due to honey being sweeter. Decrease the liquid in your recipe by 3 tablespoons.

Juice Concentrates
Use 2/3 cup of juice concentrate for each cup of sugar and be sure to decrease 1/3 cup of the other liquid ingredients.

Maple Syrup
Use ¾ cups of maple syrup for every one cup of table sugar, but in baking it’s important to also reduce the amount of overall liquid by three tablespoons for each cup of maple syrup used.

Molasses
Use 1 2/3 cups of molasses in place of 1 cup of sugar. You’ll also need to reduce liquids in the recipe by about 5 tablespoons and increase the baking soda by at least ½ teaspoon. A longer cooking time at a lower baking temperature might also be required.