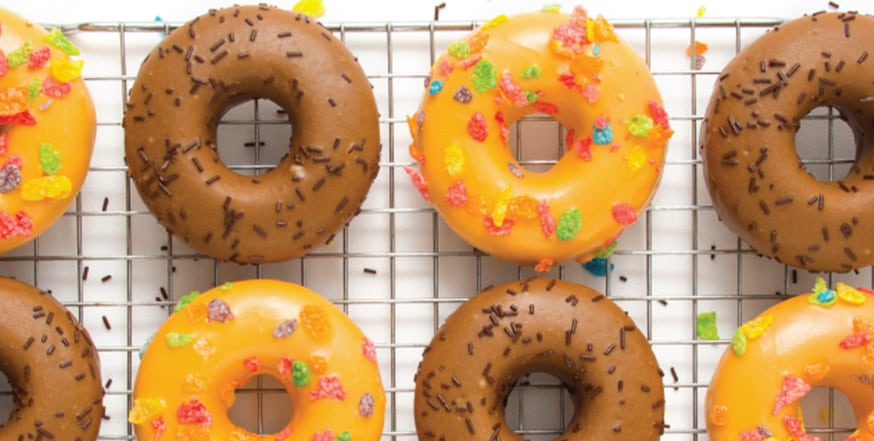 Donuts are to America what macarons are to France – timeless. With not much in common, the two popular sweet icons share one characteristic: they are not affected by trends. The classic confections will always be a go-to for all generations, and have been for hundreds of years. In recent years, donuts have been on the “trend radar” of many food establishments, as they are seeing an interesting evolution.

Born in the mid 19th century as small balls of cake cooked in pork fat until they were golden brown, donuts have had an interesting development and still continue to be the talk of the town. Apparently unaffected by healthy lifestyle movements, the treat is continuously on the rise. According to www.bakingbusiness.com, supermarket sales of fresh donuts have risen by an average of 5.2% per year for the past four years. Travel + Leisure® Magazine also reported that the three most popular bakeries in the United States are donut shops. The recent success of these boutique shops popping up everywhere is attributed to innovating and pushing the traditional donut outside of its normal boundaries.

The National Restaurant Association recently reported that donuts with non-traditional fillings is one of the 10 trends that have been heating up. In an interview for Baking Business, Rebecca Loveland, vice-president of business marketing, Dawn Food Products, Inc. stated that while the glazed or iced yeast raised ring still reigns king, there is a sense of creativity when it comes to donuts. The publication went on to report that consumers are looking for unique and different flavors to match their mood at the time.

Nowadays, research shows that more consumers are willing to pay a premium for higher-end donuts. Donut offerings can always hit the refresh button by developing unique flavor pairings or incorporating worldwide flavors. Fresh donuts, all day long, as a to-go option for a craving or a dessert after dinner are part of the new ways of consumption. As the perfect base for creating signature desserts, donuts are easy to expand into different dayparts. No longer just a snack, donuts have made their way into events, catering, and even weddings: have you heard of a donuts wall?

A great example of a donut success story is Duck Donuts, a thriving donut chain that first opened in Duck, North Carolina in 2007. In just 10 years this franchise has opened over 167 stores, mostly on the East Coast. Dozens more stores across the nation are also about to open. What makes this brand successful are its fresh, made-to-order donuts along with non-traditional topping options, such as their maple bacon donut. 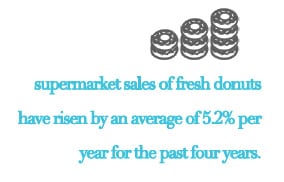 Nevertheless, unique and wildly creative donut toppings are not that new. They have been trending in the culinary world for some time now. What is new, in the last two years, is new fillings. Nontraditional fillings would be everything except fruit-based jellies, i.e., Boston cream, custard, liqueur, Earl Grey tea, chili spice, yuzu curd, eggnog cream, taro, cheesecake banana malt, pear clove, and espresso cardamom.

People still want classic glazed and old-fashioned donuts. But they also want fresh, high-quality options worth waiting in line for and indulging in. Fresh, gourmet donuts with unusual fillings are the way to make customers try something new! So while one is not expected to forget about his favorite Boston cream donut, savory and spicy flavors like sriracha, gochujang, and chimichurri are a few to try.