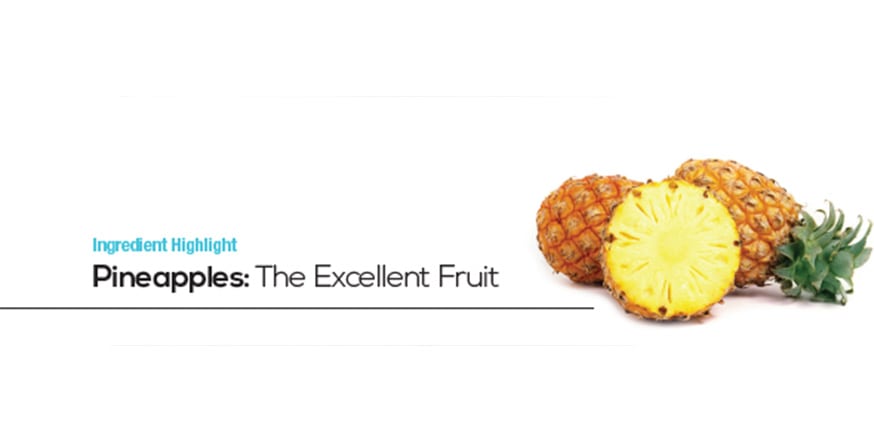 Sweet summertime is almost here! Friends and family will soon be making outings in search of a refreshing frozen treat. Whether gelato, ice cream, soft serve frozen desserts, sorbetto, Italian ice, frozen pops, or whatever your specialty, it’s important to remember that fruit flavors are always a hot request during the year’s hottest season, and when it comes to choosing flavor options, the exotic appeal of pineapple consistently remains a best-seller.

Pineapples—botanically known as the Anana comosus species of the Bromeliaceae family—are always on trend for their distinct tropical flavor, which pairs nicely with other enchanting fruits such as coconut. Second in popularity only to bananas as America’s favorite tropical fruit, the unique, sweet and tart flavor of the beloved pineapple has earned it a permanent space on varying menus from cocktails to dinner to dessert. So, what is it about a pineapple’s simple curves and prominent crown that elevates its prominence in our culture today? The reasons run deeper than its cyndrical structure and bright color.

The native South American fruit was discovered in the Caribbean islands after centuries of Indian migration and commerce. South American Guarani Indians called it naña, meaning excellent fruit. Pineapple became a staple for Indian feasts and was used to produce Indian wine. Upon its arrival in the States in 1493, pineapple became known as an “uncommon coveted commodity.” Eventually, the fibrous fruit came to symbolize royal privilege, and later its reputation evolved to represent a more humble perspective—the warmth and charm of hospitality.

Much like the Guarani Indians and their feasts, centuries later, colonies would add pineapple to their dinner spread to ultimately impress their guests. Apparently the pineapple, composed of multiple fruitlets fused together around a central core, has a long history of satisfying the palate.

So bring on the pineapple! It is a staple ingredient, after all. And has proven itself to be the perfect touch to both savory and sweet applications.