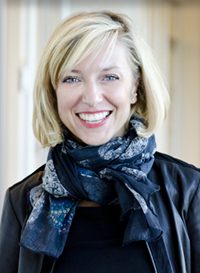 “Naming Anna Pata as our Director of Sales was a natural fit for the organization,” said Marco Casol, CEO & President of PreGel AMERICA. “Her organic growth within the company has positioned her well to bring a wealth of knowledge, organization and innovation to our sales structure.”

Pata’s portfolio of work includes extensive experience in hospitality and customer relations previous to her move to PreGel AMERICA in 2005. Pata began her career with PreGel as the regional sales representative for the Central Region. Shortly thereafter she transferred to the East Coast and was later elevated to East Coast Sales Manager. In 2008, Pata took the helm of Key Accounts, where she led the department in identifying and securing relationships with key clients in the specified markets of franchise restaurants, hotels, universities, cruise lines, high-yield bakeries and groceries nationwide. Under her direction, this new division was able to significantly increase the company’s overall billings and gain top clients including Royal Caribbean Cruise Lines, Progressive Grocer magazine’s retailer of the year Harris Teeter and top frozen yogurt and ice cream chains. In her new position as Director of Sales, Pata is responsible for overseeing national sales, inside sales and customer service, and the Key Accounts team.

“Having experienced every level of sales within PreGel AMERICA, I have come to understand the innate needs of our customers, as well as the challenges our sales representatives experience,” explains Pata. “This new opportunity is a challenge I welcome and one I plan on pouring my energies into to evolve and foster success for our entire sales organization.”

Pata will begin her duties as Director of Sales effective immediately. As a part of this new position and restructure, Jack Duke, former Central Region Sales Supervisor, has been named the National Sales Manager and will repor t directly to Pata. The company is currently seeking a Key Accounts Manager to replace Pata’s former position.