Are you ready to try the latest and greatest fruits making their debut in the American market and fighting to be the new staple on dessert menus everywhere? 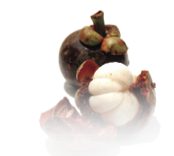 10. Mangosteen, Originating in Southeast Asia, Mangosteen has become the truffle of the fruit family, being a luxury for those who can afford it. Mangosteen has a deep purple color, sour skin and a pure white, sweet fruit core Prickly Pear: Grown on the Opuntia species of cacti, that is perfect for high-end desserts such as sorbets, prickly pear fruit is well-known out West for its bright, pannacottas and custards. neon pink color.The difficulty in cooking with prickly pear

An import ban to the United States was lifted in 2007, and Mangosteen has struggled to gain ground due to the high price caused by strict import regulations and its 10- year timeframe to grow from seed to full-on commercial- production trees. 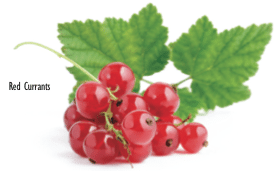 9. Currants: Black currants were featured in the last issue of Views from the Tree and currants of all colors are continuing to appear in a wide variety of dessert applications. With different variations, finding a dessert that complements the currant is easy: black currants are ideal for blending into and flavoring frozen yogurt and gelato; red currants can be simmered down to a rich, vibrant sauce; and white currants pair very well with nut- flavored desserts such as tarts and cakes.

8. Cherimoya: Native to Southern Ecuador and Northern Peru, Cherimoya, a tart fruit, is now being cultivated in California. With a custard-like texture and large black seeds, Cherimoya.com recommends trying this exotic fruit in crème brûlée, pies and sorbets.

7. Prickly Pear: Grown on the Opuntia species of cacti, prickly pear fruit is well-known out West for its bright, neon pink color. The difficulty in cooking with prickly pear is that it does live up to its name. The fruit is covered in needles that must be removed before getting to the juicy interior. Prickly pear is perfect for flavoring candies, jams and frostings, but its most common use is in sorbets and drinks.

6. Kumquat: While its name is quite fun to pronounce, kumquats have struggled to gain a significant standing on dessert menus but are slowly gaining ground. Kumquats are part of the citrus family, but the difference between kumquats and other, more popular citrus fruits is that a kumquat can be eaten in one bite. Its skin is considered very sweet while the inside is tart. Kumquatgrowers.com suggests kumquat in a wide variety of baked goods, from tarts to cookies, as well as jams, candies and tea.

5. Dragon Fruit: Also known as pitaya, the Thai dragon fruit is still finding its way into dessert cuisine with its mild sweet flavor, intriguing appearance and abundance of nutrition. It is most commonly eaten raw in fruit salads, but can also be consumed in sorbets, mixed drinks and jellies. 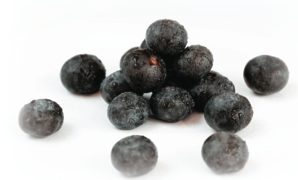 4. Acai Berry: While most variations are native to Central America, acai berries have become increasingly popular in smoothies due to the abundant vitamins and antioxidants they carry.The acai berry’s raw taste is compared to a mixture of berries and chocolate. Its deep, dark purple coloring is perfect in baked goods such as cakes and brownies, as well as jams, sorbets and frostings.

3. Papaya: Whfoods.com describes this Mexican-native fruit as the taste of the tropics with a sweet, musky undertone. The papaya is becoming an increasingly popular fruit. With its brilliant orange-yellow coloring with dark, black, bitter seeds, papaya is already a favorite in sorbets, but can be used in cold soups, jam, frozen smoothies and tarts as well.

2. Guava: Making its debut into the American market almost overnight, the most popular variation of guava is the variety with bright green or yellow skin and vibrant light pink interior. According to Specialtyproduce.com, the taste of guava is acidic, but refreshingly fragrant in nature. With a little extra sugar added for encouragement, guava goes well in desserts such as jams, mixed frozen drinks, sorbet and ice cream.

1. Lychee: With its refreshingly sweet, juicy taste and crisp, grape-like texture, lychee fruit is one of the most versatile up-and-coming fruits in American dessert cuisine. Native to Southern China, lychee is primarily grown in Florida due to the mild winters in the region. Once the red, bumpy skin is peeled off, lychee can be baked on its own for a dessert snack, added to custards, tarts, cheesecakes, sorbets or used as a popular topping for soft serve.