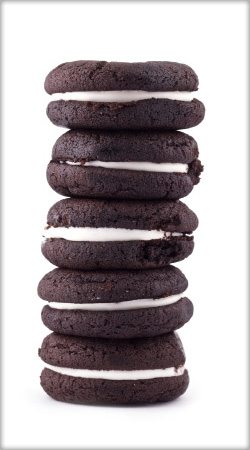 10. Key Lime Pie – As its name implies, Key Lime Pie was invented in the late 19th century in the Florida Keys, which is also where Key limes are grown. One of America’s most-loved regional desserts, Florida’s famed Key Lime Pie was designated as the official state dessert in 2006. Named after the southernmost point of the U.S., Key Lime Pie starts with a sweet and grainy graham cracker crust filled with a creamy smooth lime filling and topped with golden brown meringue.
Recipe to try: Key Lime Gelato

8. Kuchen – A pie-like pastry with a thick, “cakey” crust and a sweet custard-based filling, kuchen desserts herald from Germany and are often popular in the many areas of German settlement throughout the United States. Kuchen was designated the official state dessert of South Dakota in 2000 to celebrate the rich cultural heritage and traditional food of the state’s German settlers. Kuchen is actually popular in North Dakota, Indiana and Minnesota as well.
Recipe to try: Coffee Crumb Cake

7. Sopaipilla (Sopapilla) – A favorite dessert in the Southwest, usually served dusted with powdered sugar or with spiced honey or other sweet syrups, Sopaipilla, which means “honey cake” in Spanish, is a crisp, puffy, deep-fried pastry thought to originate in Albuquerque, New Mexico, over 300 years ago. The classic bread accompaniment to a New Mexican meal, Texas named the Sopaipilla its official state dessert in 2003.
Product to try: Krocco Milk (Chocolate Cereal Crunch perfect for dipping)

5. Jell-O® – Utah has been known as “the Jell-O® State” and has been the number one per capita consumer of Jell-O® for many years. Salt Lake City has the highest per capita consumption of the dessert in the world – so it’s only fitting that it be the official state snack. Utah lawmakers not only declared Jell-O® the favorite snack of Utah in 2001 but to celebrate, an annual “Jell-O® Week” was proclaimed (the second full week of February) by Governor Michael O. Leavitt.
Recipe to Try: Whipped Cream (Perfect for topping!)

4. Beignet – Pillowy puffs of fried dough dusted with snow powdered sugar, beignets are most famously served on the banks of the Mississippi River in the French Quarter of New Orleans. Beignets are best enjoyed for breakfast with a hot cup of chicory coffee. Originally from France, beignet is an umbrella term for a large variety of pastries made from deep-fried dough with fruit filling. French immigrants brought these authentic French-style doughnuts to the U.S., and their regional popularity allowed them to become the official state dessert of Louisiana in 1986.
Recipe to try: Beignet

3. Smith Island Cake – Maryland has had this unique cake as its official state dessert since 2008. The famous dish is a locally produced cake featuring 8 to 15 thin layers filled with crème, frosting and/or crushed candy bars. The cake is glazed with a cooked chocolate icing. Simply known as the Smith Island Cake, the dessert is baked for any occasion and not reserved only for holidays. The cake is also baked as the feature prize for a local fundraising tradition called a cake walk, which is a game played like musical chairs where donated cakes serve as the prize.
Product to try: Mirror icing – Chocolate

2. Hoosier Pie – You guessed it, Indiana. Home of the Hoosiers (woodsmen or hill people), how fitting the official state dessert is Hoosier Pie. Never heard of it? Don’t worry, unless you’re from Indiana, you’re not alone. Hoosier Pie, Indiana Cream Pie, Sugar Pie or Finger Pie is simply a pie shell layered with creamed butter and maple or brown sugar with a sprinkling of flour, then filled with vanilla-flavored cream and baked. Believed to first be created by Quaker settlers in Eastern Indiana, Hoosier Pie was named Indiana’s official state dessert in 2008.
Product to try: Frollis (Short Dough Base)

1. Whoopie Pies – This one’s still up for debate. We love whoopie pies, but maybe not as much as the states of Maine and Pennsylvania do. Maine recently planned on making the whoopie pie the official state dessert. While this seemed like an easy enough task, there were complications. Some say the whoopie pie was actually invented in Pennsylvania, and the state isn’t going down without a “food” fight currently under legislation, one of these states will have the ability to claim the whoopie pie as their official state dessert hopefully sooner rather than later.
Recipe to try: Vanilla Whoopie Pies