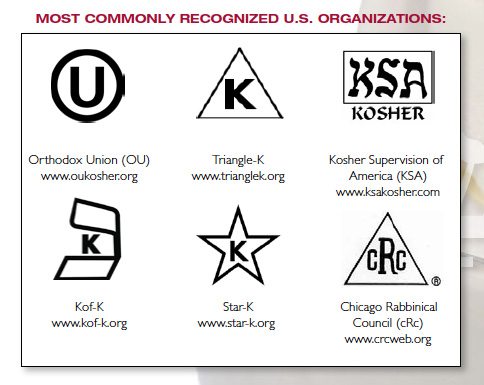 The word “kosher” is derived from Hebrew and translates to English as meaning “proper” and “pure.” In a general sense, kosher may refer to any person, thing, food or situation that may be deemed acceptable according to certain standards. While originally used in Judaism to describe ritual texts or practices, nowadays kosher has become most familiar as it pertains to food–foods that meet certain criteria may be certified pure and approved for consumption under Jewish laws. 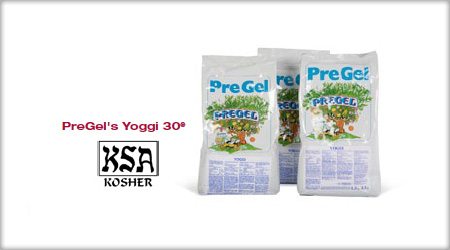 While modern laws have evolved to our ever-changing world, the Bible lists certain rules that are strictly adhered to by devout followers of the Jewish faith. Food items that are not kosher include certain animals, some poultry and fish, including pork, rabbit, eagle and catfish, as well as most insects and all shellfish and reptiles.1 It is worth noting that just because a food is considered kosher, it may be rendered non-kosher if certain preparation rules are not followed–such as the manner in which an animal is raised or slaughtered. Furthermore, meat and dairy products may not be manufactured nor consumed together.

Because we live in a highly industrialized food world, whether or not a food is kosher has become increasingly complex to determine. For example, vanilla pudding would seem like an obvious kosher item since it is not made from meat or fish; however, it is possible that it may contain non-kosher, animal-based gelatin. Alternately, potato chips might be non-kosher if the vegetable frying oil has had exposure to equipment used in tallow production.2

For these reasons, supervision by various organizations has become a serious and stringent job in order to maintain the purity standards and established rules set forth by the term “kosher.”

It is estimated that over $150 billion of kosher-certified products are consumed each year in the United States.3 More often than not, Americans are

consuming these products without even knowing that they’re kosher. So this begs the question: Why go kosher? What’s the inherent value?

First of all, from a marketing point of view, there is conclusive research that suggests that a kosher symbol on product packaging can significantly increase market share over a non-kosher product sitting next to it on the same grocery shelf, by as much as 20 percent.4

At the retail food service level, kosher has become commonly respected as an overall symbol of food quality, cleanliness and attention to food safety. Many consumers find reassurance in a kosher symbol or advertised kosher product certification, which builds trust and lasting patronage.

How to Go Kosher?

How to Pick an Organization? What Do All the Symbols Mean?

Kosher-certifying agencies vary greatly in many aspects, especially size, reputation, level of stringency/leniency and costs. It is best to pick one that is most suitable for you and your business since you will maintain a relationship with them throughout the process, and beyond.

Each kosher-certifying organization possesses its own unique, trademarked symbol that is used on certified food packaging. It goes without saying that the use of these symbols is strictly prohibited without full permission from the organization.

In addition to an agency symbol, often you will find letters or words printed on the food packaging, which identify the particular kosher category:5

o Any of the above may be combined with the “P” to indicate their approval for Passover – for example, “M-P” indicates that it is meat and is acceptable during Passover.