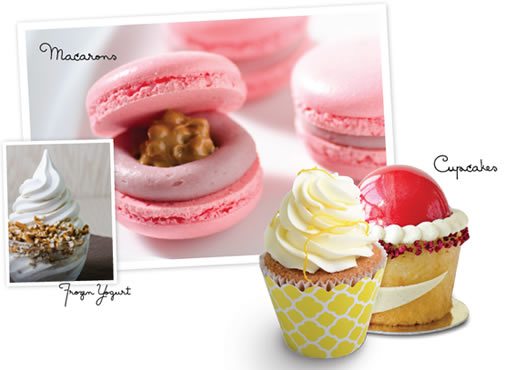 The Cronut®. The waffle taco. Pad Thai pizza. These are just a few of the items that have emerged from the fusion cuisine trend that has become integrated into American dishes. From incorporating more ethnic flavors into our meals, to merging two seemingly disparate foods into one, fusion has helped shape the way we look at and enjoy food today.

The Birth of Fusion
Although the term “fusion cuisine” is relatively new, the concept has been around for many centuries. In fact, according to Natasha Geiling at Smithsonian.com, fusion cuisine, defined as “the blending of culinary worlds to create new, hybrid dishes,” has been around for centuries, ever since the beginning of trade. As cultures began to overlap, it was only natural that new dishes were created, when people shared and combined cooking styles and ingredients to create new concepts and flavor profiles. A classic example of early fusion is Italian spaghetti, which would have never existed without Italy’s exposure to the Chinese noodle.
Modern fusion cuisine is usually traced back to the 1980s, when chefs like Roy Yamaguchi and Wolfgang Puck began to intentionally combine flavors from different cultures. Puck combined his affinity for Asian flavors with his European upbringing and training to create innovative dishes that quickly gained popularity in California and across the United States. Soon after, phrases such as Pan-Asian, Cal-Asian and Pan-Pacific emerged in an attempt to define these new food styles. Wolfgang Puck noted in an interview with Perry Garfinkle of The Wall Street Journal, that he doesn’t think these new concepts need to be defined, saying “As soon as it’s named, it becomes a ‘trend’ that everyone can jump on and imitate, rather than innovate. It’s not as simple as adding ginger and soy sauce, and voilà, Asian fusion.”

Fusion cuisine quickly became a trend as chefs around the world started combining unexpected flavors and concepts, sometimes with less than favorable results. In the 1990s, the term “con-fusion” was dubbed, resulting from chefs haphazardly combining ingredients that didn’t necessarily taste well together. As Rebecca Seal states in her article entitled “Fusion Confusion,““Fusing different cuisines together can be really successful and exciting, but so much more noticeable if you get it wrong.” In an attempt to stand out during the fusion food boom, some chefs focused less on marrying flavors and more on unexpected flavor combinations, which resulted in odd and undesirable dishes. As a result, the term “fusion” is often met with hostility in the culinary world today, sometimes being referred to as the “F” word by chefs who don’t want to be associated with the “con-fusion” era of fusion food.

Fusion Evolution
Despite this setback, fusion today is as popular as ever and engendering new and exciting ways of creating and thinking about food. Fusion cuisine now has a younger audience that, thanks to television and the Internet, is more knowledgeable and curious about different foods and cultures, and more than willing to try the next fusion creation. These days, fusion is becoming more and more mainstream in America, with ethnic ingredients like soy sauce and sriracha becoming household staples. Food trucks are also embracing the fusion trend, crafting new and daring concepts, such as Korean tacos and Southern sushi. With the fusion trend showing no signs of slowing down, fast casuals and fast food chains seem to be following in the food trucks’ footsteps by offering more ethnic food combinations. For example, Taco Bell is launching a new fast casual concept that will offer a variety of fusion style tacos, and Bruegger’s Bagels is incorporating more ethnic ingredients into their menu, such as jalapenos, edamame and sofrito sauce.

A New Fusion Trend
Recently, a new type of fusion cuisine has gained popularity—mash-ups. Mash-up dishes are simply two distinct food concepts combined to form one. Perhaps the most well-known mash-up is the Cronut® (a cross between a donut and a croissant), which exploded across America, making it the hottest food trend of 2013. Other examples include the ramen burger, the donut burger, the bacon shake, the pizza cake, and the list goes on. Quick Service Restaurants in particular seem to be monopolizing on this trend, with chains like Taco Bell unveiling unusual concepts like the waffle taco and the biscuit taco. These peculiar combinations are leaving some to wonder if chains are more focused on the novelty of these items rather than quality. Only time will tell if these mash-ups will actually be profitable after the initial novelty wears off.
Regardless of the success of the more outlandish mash-ups, their original inspiration, fusion cuisine, looks like it’s here to stay. With fusion influence steadily gaining mainstream acceptance, it’s only a matter of time before items like the Cronut® become less of a trend and more of an American staple.