Tulsa, Oklahoma is a bastion for creative gelato flavors, fervent gelato consumers, and enthusiastic gelato makers like Mike and Jim Bausch who amplify the culture of gelato. Thanks to their family’s military roots, these two brothers traveled the world and experienced many different cultures and flavors throughout their formative years. Mike and Jim have owned three traditional Brooklyn-style pizzerias and one traditional Neopolitan-style pizza locations for the past twelve years.

These high-energy brothers visit Italy every year, where Mike takes part in an annual pizza making contest. In 2013, on the plane ride home from one of these trips, the brothers began to question why they didn’t sell gelato at their restaurants. Such was the inception of STG (Specialita. Tradizionale. Garantita.) Pizzeria & Gelateria. 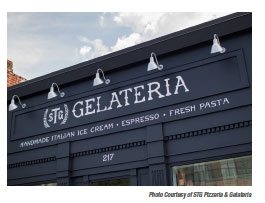 Like the pizza in their restaurants, Mike and Jim knew they wanted the gelato they served to be equally as authentic. To do this the brothers took what they call a “gelato tasting tour” throughout Italy—spending a couple of days in each town they came across to do nothing but sample the gelato and sorbetto offerings.

In order to ensure the gelato they create is authentic, Mike and Jim use specialty dessert ingredients imported from Italy, Italian equipment to make the gelato, and Italian display cases to showcase their artisanal frozen treats. They even import the serving cups and spoons so their customers can experience the true Italian gelato culture.

The Bausch brothers believe the experience of their inaugural tasting trip is the reason behind the success of their gelato. They agree that using high-quality, imported ingredients, and making everything from scratch may increase their food cost, but the investment has paid off, as proven by the very loyal and large customer base they have gained in a relatively short amount of time.

The gelato served at their pizza restaurants has become so popular that Mike and Jim are in the process of opening two free-standing gelato shops. When speaking with Jim, even for a short amount of time, the excitement, passion, and commitment for creating scratch-made, authentic Italian frozen desserts becomes infectious, and he shares some of this vigor with us as he explains his inspiration, some future plans for STG, and whether he prefers a cup or a cone.

Amy Andrade (AA): What is your personal favorite flavor of gelato or sorbetto STG Pizzeria & Gelateria produces that you enjoy eating the most? Jim Bausch

(JB): We call it Amalfi – it is a lemon biscotti gelato.

(AA): Where do you find inspiration for flavors?

(JB): Pop culture, Italian culture. We never copy someone outright but may use a concept for inspiration to create a new flavor.

(AA): What is your favorite PreGel product to use and why?

(JB): Pure Green Pistachio Traditional Paste because if you eat gelato made with this [flavoring paste] it will make anyone a gelato fan.

(AA): When you are not eating pizza or frozen desserts, what is your favorite thing to eat?

(AA): If you could eat one flavor of gelato for the rest of your life, what would it be?

(AA): What flavor have you made that was the biggest fail – why do you think it failed?

(JB): Cinnamon – maybe because we have such other “out there” gelato flavors that cinnamon was not doing anything special for our customers.

(AA): How do you keep your customers coming into your gelato businesses during the cooler winter months?

(JB): Let’s face it, [the frozen dessert] business really makes money seven months out of the year. However, we plan to supplement by selling espresso and fresh pasta to-go.

(AA): What, if any new gelato or sorbetto flavor(s) do you plan to introduce in the next few months?

(AA): What type of marketing have you done that has brought in the most number of customers? 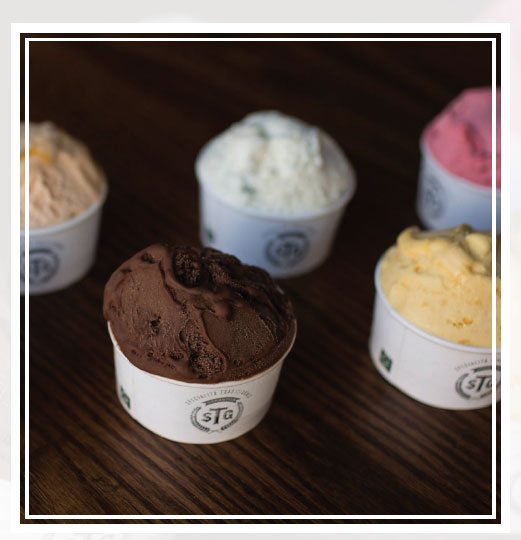