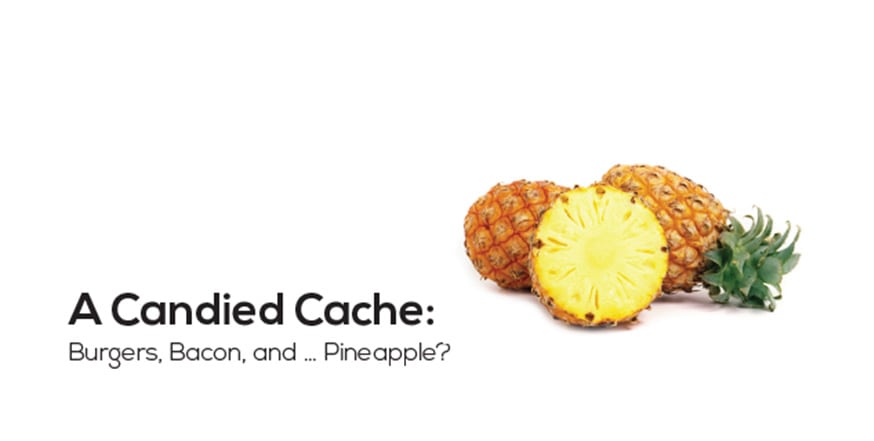 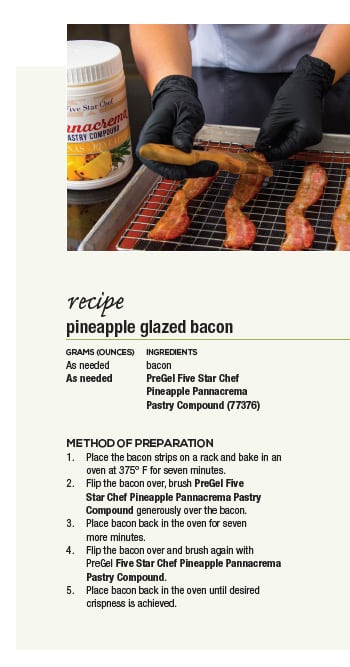 It’s safe to bet that you can’t find anything that doesn’t pair perfectly with bacon. The cured pork has gone beyond just its classic bacon and egg stereotype at the breakfast table. As reported by www.alternet.org, an independent digital news magazine, foodies have become enchanted with the fatty meat, coming up with ever-more bizarre bacon-themed foods including bacon ice cream and bacon-infused vodka. Nowadays, when you talk about bacon, you are entering into a realm of endless combinations and placement among menus.

The bacon craze is anything but a trend and has only continued to take the food industry by storm. Let’s take a look all the way back to the 12th century and see how our ancestors were loving bacon. Salted pork belly was a common element at the dinner table in China, and various different types of pork curing was popular throughout the Roman Empire and with Anglo-Saxon peasants. The exploration into ways to prepare pork expanded during this time as we prepared for the arrival of our beloved bacon. It was around the 16th century when bacon took center stage and earned the term bacon or bacoun.

According to www.thespruce.com, the word bacon derives from various Germanic and French dialects, including the French bako, common Germanic bakkon, and Old Teutonic backe. As the demand for pork grew, the tale goes that a Spanish explorer brought 13 pigs to America in 1539, and within just a few short years the herd had expanded to 700.

Fast forward to the 21st century and bacon is an A-list celebrity in the foodie world. It’s reported that Americans consume 70 percent of their bacon with breakfast. But the crispy, salty meat also stars as a sandwich ingredient and a favorite of chefs in fine dining establishments. Online resource www.thespruce.com notes that bacon aficionados enjoy the cured meat in both classic dishes such as chowders and adventurous concoctions ranging from chocolate-covered bacon to bacon jam. Bacon is not only known as something to be enjoyed by itself but has become a star addition to sprucing up the flavor of some of our favorite dishes.

The media wasted no time spotlighting this craze. For example, leading public relations news site, www.everything-pr.com, reported on this topic, highlighting that unlike so many successful image-changing ventures, the bacon public relations campaign came from the heart of America’s farmland. It was the result of farmers and industry executives knowing a few key facts that allowed them to exploit bacon’s sheer tastiness and affordability.

Many chefs and restaurants are jumping on the band wagon, incorporating one of America’s top food icons, bacon, into sweet and savory applications. It’s also a complementary match to the sweet selections offered by many dessert-driven items. Bacon is also a favorite meat addition to enhance the flavor and appeal of pizza and other savory-oriented plates including the classic hamburger. Try this new spin as an alternative menu option: pineapple candied bacon burger! 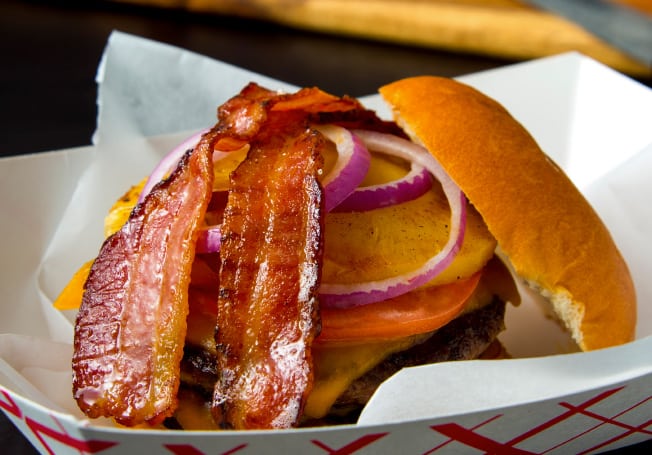