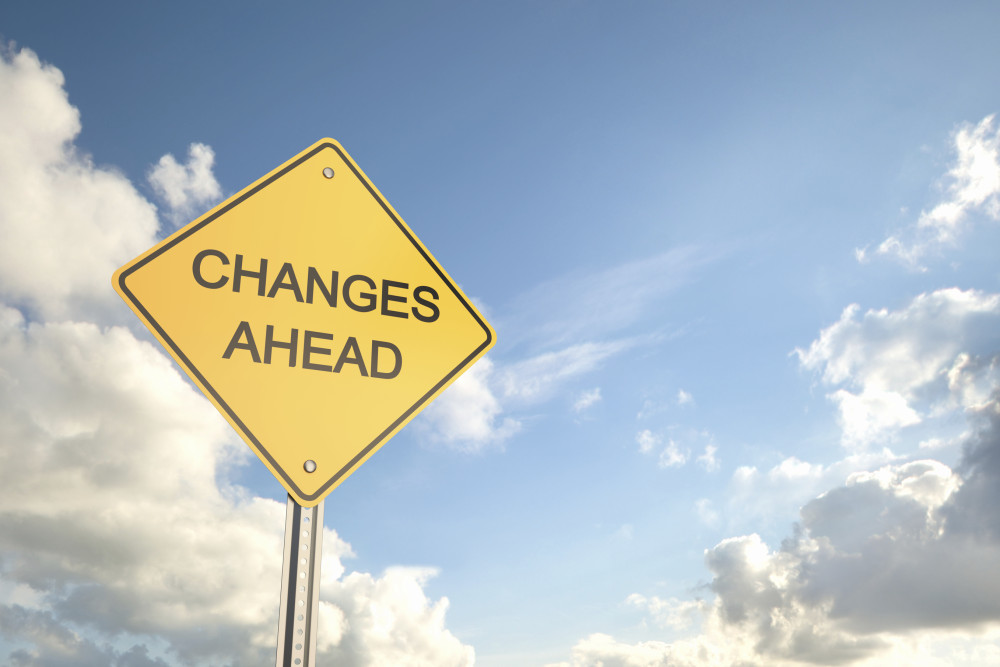 We have entered the balmy time of year when the summer solstice creates a climate change that produces increased temperatures across the country. By all accounts, change is a normal part of life, leaving these unanticipated events to act as daily reminders that modi cations in general are going to happen despite our desire–or lack thereof–for them to occur; and complacency–the comforting notion of feeling settled overall–is arguably just an illusion that remains the constant target of ongoing transition
The truth is we all have dreams, goals, and ideas for the way we think life should be in accordance to our individual desires. Nonetheless, for those instances when life doesn’t necessarily go as planned, there is a timeless philosophy that can help dull the urry of anxiety which unexpected changes can bring. This example of philosophic wisdom states: always expect the unexpected.
On the other hand, there are occasions when we work hard to make change happen. These kinds of shifts are pleasant surprises when they come to fruition, in which case it is advantageous to exercise humility with the acceptance of our earned rewards.
Just as Mother Nature is currently displaying with an abundance of greenery where there was none only a few short months ago, change is an important element of existence. And parallel to the many different types of foliage and insect species that reoccur during this time each year, change also has a long history of manifesting in a myriad of ways, albeit candlelight transitioned to internal electric light; snail mail turned ber optic email; or the raw ingredients utilized to make traditional frozen dessert transformed into a powder mix that produces the same authentic results. Change affects all facets of life from business to the physical and emotional uctuations that we inevitably experience.
However, with this being said, it is important to remember that despite one’s judgement of a change being positive or negative, both perceptions are conclusively one in the same. For example, the seasonal evolution from winter to summer indeed brings forth increased temperatures and beautiful vegetation, but the idea of possible sunburn may be a disheartening reality for many. And in other cases such as business ownership, career elevation, marriage, parenthood, and the like, the perks go hand- in-hand with trials and tribulations that make themselves apparent throughout the span of each particular journey. In other words, with fortune comes hardship and vice-versa, and we should not expect to experience one without some measure of the other.
Though the instance of change can exact many emotions, one collective impression remains: that which is sometimes unexplainable is therefore commonly described as strange. Even if the feeling of oddity blossoms due to changes representing fear of the unknown, or because they produce a sense of excitement, the struggle to accept or create change results in an increase of knowledge and personal character.
In the end, the reality is that changes in life are boundless and they come regardless to our level of preparedness. Ultimately, as the lyrics to the classic American song “Changes” suggests, in terms of how to navigate the kind of events that come with undetermined results – “turn and face the strange.”